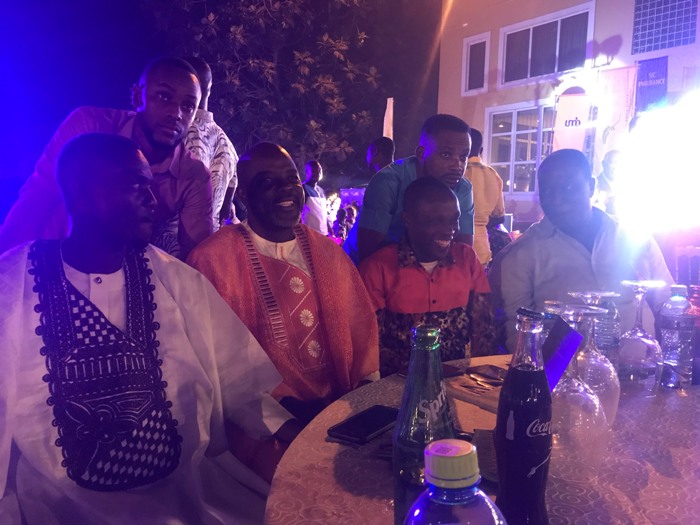 The hugely respected football club owner did not just donate  GH₵ 20,000 to support the foundation of the Ghana former Ghanaian leader but crucially won the hearts and minds of patrons at the event in the country's second largest city.

The well-attended ball  saw some of the top FA officials in attendance but it was the Tema Youth president, tipped by the football aficionados to succeed Kwesi Nyantakyi who hit the limelight at the colourful event.

Remarkably striking for the FA presidential hopeful was the love and support shown by the numerous patrons gathered at the Golden Beam Hotel in Kumasi despite being not the highest donor at the event.

Nicknamed 'Palmer', Osei Kwaku is hugely popular due to his direct association with the grassroots of Ghanaian football over the years.

GHANAsoccernet.com understands, he remains the delegates choice to succeed Kwesi Nyantakyi as the new Ghana FA boss after demonstrating his knowledge and immense capacity to lead the federation.

He has his work cut out for him after receiving ringing  endorsements from clubs, chiefs, opinions leaders and several others for his enviable work ethics.

The former Ghana FA Executive Committee member was flanked by 'candid' Eleven Wonders chief Takyi Arhin, who is famed for his high-rise integrity over the years.

The Ghana FA presidential hopeful donated assorted items to Kotoko and Ashantigold ahead of the meeting of the two sides in the J.A Kufuor Cup match on Sunday.

It appears the battle lines have been drawn for those seeking the highest office of Ghanaian football and the coming weeks will underline the clear path for the protagonists.