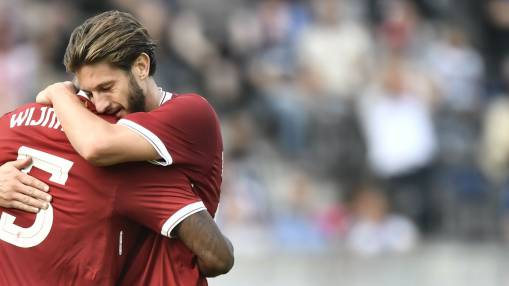 ESPN FC's Premier League club correspondents were given the task of picking their team's XI for when the season kicks off this weekend. Here's what they came up with.

Antonio Conte likes to work extensively with his new signings in training before easing them into the starting XI, but the absence of suspended Victor Moses means Antonio Rudiger is likely to slide into the back three, with Cesar Azpilicueta replacing the Nigerian at wing-back.

Cesc Fabregas will partner N'Golo Kante in central midfield as long as Tiemoue Bakayoko is injured, while Conte will rely heavily on Pedro Rodriguez and Willian until Eden Hazard returns from a broken ankle. Up front, Alvaro Morata should be given a chance to impress after Michy Batshuayi's underwhelming performance in the Community Shield. -- Liam Twomey.

Arsenal will probably be without several of their regular starters for opening day as Laurent Koscielny is suspended while Mesut Ozil and Aaron Ramsey are injury doubts. Shkodran Mustafi may not go straight into the lineup either after returning late from holiday, although you suspect Alexis Sanchez will be thrown right into the action.

Arsene Wenger will probably be reluctant to rush Ozil and Ramsey back given tougher games ahead against Liverpool and Chelsea, so the team that faces Leicester will probably be similar to the one that played in the Community Shield. -- Mattias Karen.

Injuries are already affecting Jurgen Klopp's team selection and the season hasn't even started yet. Adam Lallana has been ruled out for up to three months with a thigh injury, while Nathaniel Clyne is almost certain to miss the opener at Watford, having had no preseason. Philippe Coutinho has a sore back (if he's still at the club amid interest from Barcelona) and Daniel Sturridge picked up a thigh injury against Bayern.

It's still a strong starting XI with Trent Alexander-Arnold and Emre Can replacing the injured duo, but question marks still remain about the depth in Liverpool's squad. So far the Reds have made three signings this summer. However, more are needed if they are to adequately compete on multiple fronts this season. -- Glenn Price.

Pep Guardiola has experimented with three central defenders in City's last three preseason friendlies and it's a system that has worked well with 10 goals scored and just one conceded. It allows him to squeeze both Sergio Aguero and Gabriel Jesus into his starting XI and the City boss believes that means his side will be deadlier in front of goal.

The danger is the space left behind the wing-backs and he may decide to start the season with more traditional defenders in Kyle Walker and Danilo, although they will play extremely high up the pitch. Leroy Sane and Raheem Sterling could be a more adventurous alternative. -- Jonathan Smith

New signings Nemanja Matic and Romelu Lukaku are almost certain to start the first Premier League game of the season against West Ham at Old Trafford. But if Jose Mourinho switches to a back four, Victor Lindelof might find himself on the bench. He's looked far more comfortable in a three-man defence during preseason and Mourinho has already spoken about the possibility of easing him into English football gently.

After so many home draws last season, Mourinho won't want to start the new campaign with another. Marcus Rashford and Henrikh Mkhitaryan have both scored goals in the summer friendlies and would be ideal support for Lukaku, who will want to get off to a good start with a goal. With Luke Shaw and Marcos Rojo still not fit, Matteo Darmian is the obvious choice to start at left-back. -- Rob Dawson

At least there are no selection headaches for Mauricio Pochettino. Spurs, who are yet to make a summer signing (although that could change before Sunday), are already down to the bare bones. Danny Rose (knee) and Erik Lamela (hip) are still unfit, and Kieran Trippier has joined them on the sidelines after hurting his ankle last Saturday. Victor Wanyama (knee) and Son Heung-Min (arm) could be fit to play at St. James' Park but are unlikely to be risked after barely featuring in preseason.

The advantage of this XI is that Pochettino can easily switch between his two favoured formations, using Eric Dier either as a right-back in a back-four or moving Moussa Sissoko to right wing-back and playing Dier as one of three centre-halves. Whatever their injuries, Spurs' front three looks formidable. -- Dan Kilpatrick.