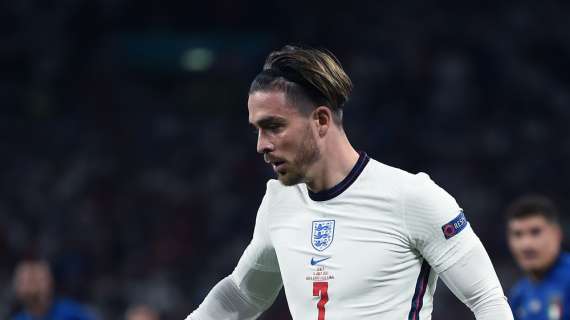 The England international has recently established himself as one of the Premier League's top names, having starred for Aston Villa and Gareth Southgate's Euro 2020 finalists before joining Man City for £100 million this summer.

Even yet, it appears that Chelsea fans aren't very impressed with Grealish, with several of their fans dubbing him "a s**t Mason Mount" anytime he's on the ball in today's game.

This of course is misleading as the player has maintained his form since leaving Aston for Manchester City.

Grealish joined Aston Villa when he was six years old and made his debut in May 2014, following a loan spell at Notts County. Grealish was capped by the Republic of Ireland up to under-21 level before declaring his choice to play for England in April 2016. Grealish was eligible to represent either England or the Republic of Ireland internationally. In May 2016, he made his debut for the England under-21s, winning the Toulon Tournament. Grealish joined Manchester City in a 100 million pound transfer deal in 2021, making him the most expensive English player ever.