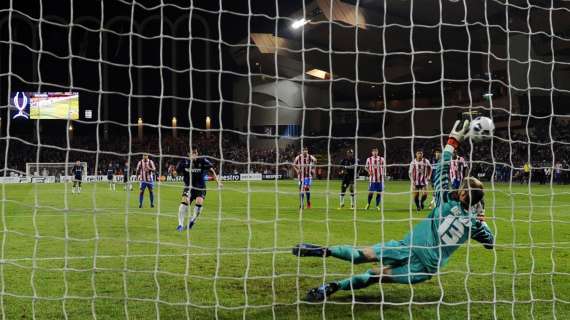 Manchester United came from behind to overcome West Ham, with Jesse Lingard scoring a stunning late winner against his former club and David de Gea saving an injury-time penalty.

De Gea dove the correct way to put away Mark Noble's spot-kick after Luke Shaw was deemed to have hand-balled in the box. Noble was making his first touch after coming off the bench in the 95th minute.

According to OptaJoe, including shoot-outs, David de Gea has saved a penalty for the first time since April 2016 for club and country, conceding 40 consecutive penalties before saving Mark Noble's in stoppage time.

The keeper later said: "It was the last minute, I made the save. A massive three points for us. Going through my head was 'save the ball'.

"It was a really tough game, both teams had good chances, again a great goal from Jesse.