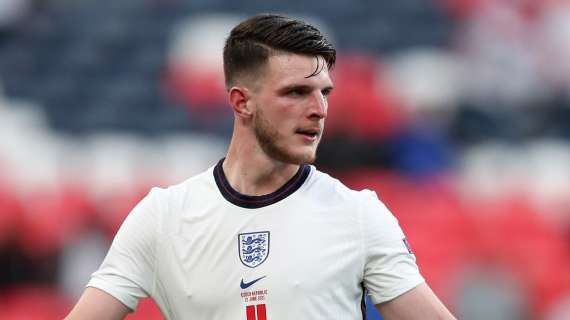 Rice scored for West Ham in a tense Europa League match in Zagreb, while Grealish scored for Man City in their 2021/22 Champions League opening against RB Leipzig earlier in the week.

Both goals were well-deserved, with Grealish going on a mazy run before shooting home, and Rice rampaging forward and surpassing the home defense.

That inspired the former Aston Villa player to make a witty Twitter remark.

I told you @_DeclanRice you should be higher than 66 pace on @EASPORTSFIFA 🤣🤣🤣 https://t.co/esSzuMT6hB

Manchester City announced on August 5, 2021, that they had signed Grealish to a six-year contract that will last until 2027. Several publications stated that Aston Villa received a £100 million transfer price, making it the most expensive sale of an English player and the biggest sum ever paid by a British team.

On the other hand, Rice signed his first professional contract with West Ham United on December 16, 2015, little over a year after joining the club as a young player.