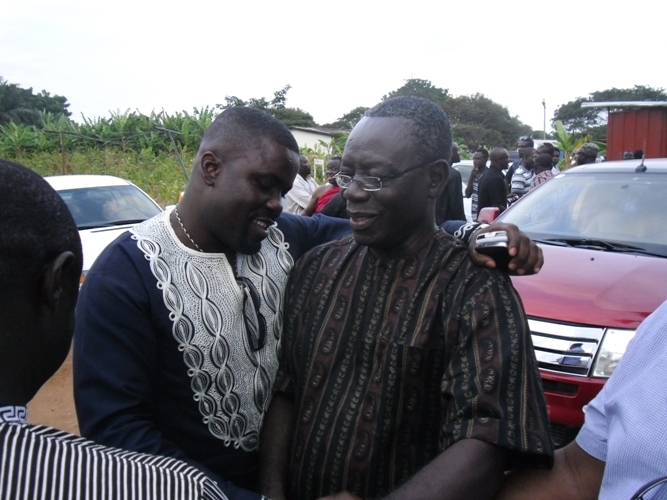 The ex Ghana defender will lead a host of world football legends in a testimonial game against the Black Stars to officially mark the end of his football career on Friday at the Baba Yara Stadium in Kumasi.

And Abra-Appiah who was instrumental in unearthing Kuffour through youth ranks say he couldnâ€™t have been more proud with the eventual success of the ex Bayern Munich stalwart.

â€œKuffour is one person who never forgets his humble beginnings and the people who helped him achieve it,â€ he told Asempa FM.

â€œAnywhere he meets me or my wife; he lets everyone know what we have done for him during his unknown days.

â€œThis quality of his encourages some of us to do more for the current generation of amateurs and I am very proud of what he has achieved in his life.â€

Kuffourâ€™s won everything there is to in club football during his career which spanned over a decade.

He has also played in every Fifa organized competition but failed to win a major title with the senior side, the Black Stars â€“ to which he has always confessed of his regret.