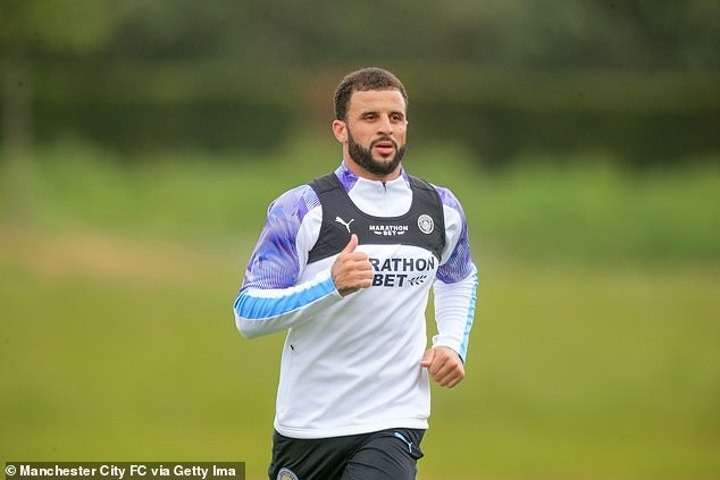 Premier League chiefs will crack down on stars who break lockdown restrictions by handing them hefty fines and even points penalties, according to reports.

Top-flight officials are keen to prevent any glitches before and once Project Restart gets underway, which could come in the form of sloppy behaviour by clubs and players which could lead to a coronavirus spike.

And according to The Sun, emergency powers will be brought in to give the Premier League the power to dish out fines of around £200,000 for any offences to do with breaching lockdown restrictions.

The report also states a second coronavirus offence would result in double punishment, while repeat offenders will face limitless penalties including points deductions.

The news comes after a host of Premier League stars have broken Government lockdown rules.

Walker was alleged to have broken lockdown rules three times in 24 hours with trips to a party and his parents' house and cycling, while Aurier also appeared to break rules the same amount of times in separate incident.

Spurs boss Jose Mourinho was also accused by the Government of putting lives at risk in April after flouting social distancing regulations when holding a public training session with midfielder Tanguy Ndombele in Barnet.

Officials are desperate to avoid an increase in Covid-19 infections which could result in the season being curtailed before all 92 games are completed.

To avoid that scenario, the report states checks will be made on the cleanliness of matchday stadiums as well as to whether players stick to social distancing rules.

Some clubs have also reportedly been told their grounds need urgent attention to provide the 'zones' needed to minimise infection.

The risk of infection has been minimised at training grounds already, with enormous sums spent on testing equipment and staffing to create a sterile environment.

So far, only 13 players and staff have tested positive in a total of 6,274 samples, with no new cases confirmed in the latest testing phase.

The news comes after 1,195 tests were carried out on Thursday and Friday in the sixth round of testing.