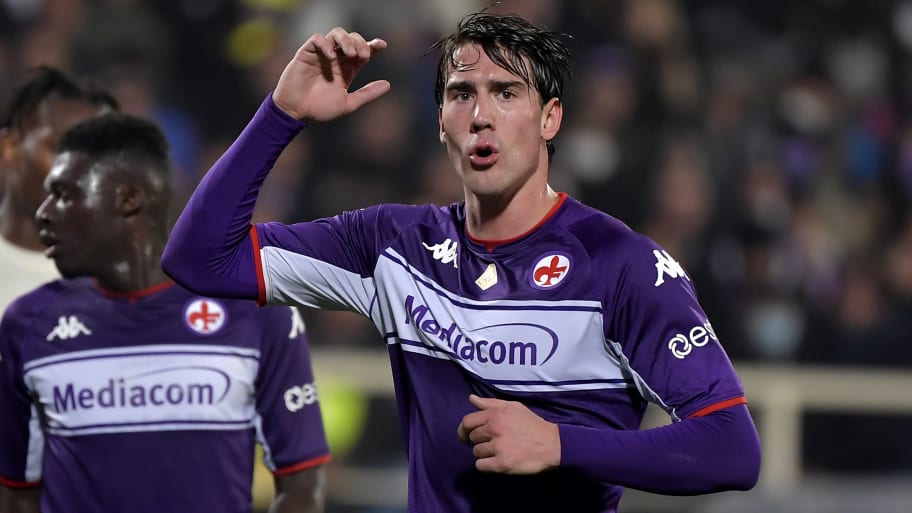 Fiorentina striker Dusan Vlahovic has emerged as a target for a number of the Premier League’s top clubs after they received glowing reports on the 21-year-old, and they may have an advantage over Serie A giants Juventus.

90min understands Vlahovic is now the top striking target for at least one top four side after scouts were left mightily impressed by his displays. The Serbia international has been in scintillating form in 2021 and has netted ten times in just 13 Serie A games so far this season.

The player's agents were also in England this month to engage in talks, and to assure Premier League clubs that the player had not already agreed a move to Juve.

The Bianconeri have been leading the chase for the Serb, who is now widely regarded as one of the best young players in Europe.

Vlahovic is likely to be available for around £70m, which is comparable to the price tag of Erling Haaland, who can leave Borussia Dortmund for just less than that figure due to a release clause.

But Haaland also comes with a wage packet that will make him one of the highest-paid players in world football, while Vlahovic - the same age as the Norwegian at 21 - would cost less than half that.

One well placed source told 90min: “Vlahovic is really at the top of his game, there are even some scouts who think he could be a better option than Haaland, which is extraordinary to many people but some really believe he is that good.”

Vlahovic is contracted to Fiorentina until 2023, but it was revealed in October that he had rejected an offer to extend his deal and become the highest-paid player in the club's history. Now the Viola want to cash in sooner rather than later to maximise the transfer fee.

At one point Juventus believed that they had all but done a deal for Vlahovic, but were rebuffed by Fiorentina.

The hierarchy there feel aggrieved with Juve for the manner in which they signed Italy star Federico Chiesa from them in 2020 - a two-year loan with an obligation to buy for less than £50m, which now looks amazingly good value.

Club president Rocco Commisso said of the Chiesa deal: “How did they buy Chiesa? They stole him from us.”

Now sources have told 90min that Commisso would ideally rather sell to England, and that could also give a Premier League club a huge advantage, with Manchester City, Liverpool, Chelsea, Tottenham, Arsenal, Everton and Newcastle all understood to be keeping close tabs on his situation.

This article was originally published on 90min as Premier League clubs still in running for Dusan Vlahovic despite Juventus interest.