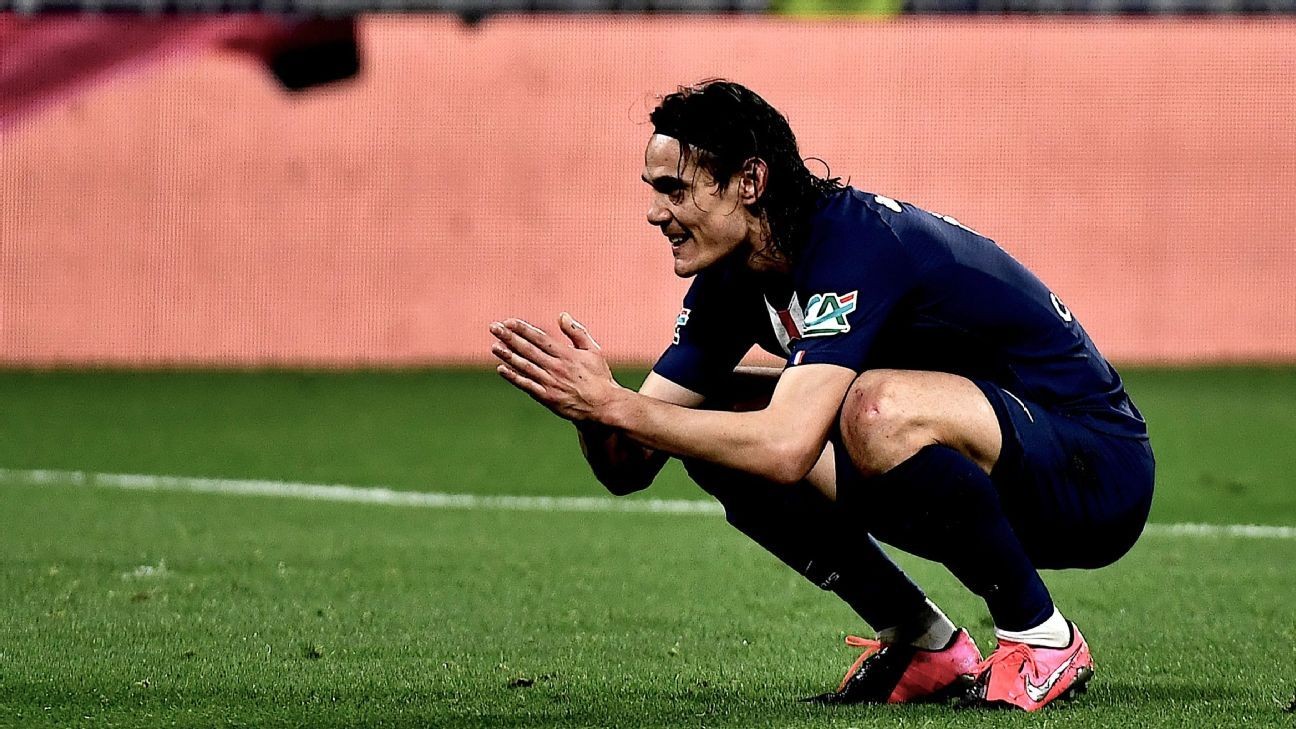 The Everton side that has enjoyed such a fine start to the Premier League season is all also the most South American team they've ever fielded. With Colombia playmaker James Rodriguez and defender Yerry Mina and Brazil's Allan, Bernard and Richarlison impressing, the Toffees are the outstanding example, but all across the country, from Brighton to Newcastle, players from South America are playing a key role.

Eight Premier League clubs, plus two Championship teams, had representatives on the field in the opening two rounds of South American World Cup qualifying recently. And now the transfer window is closed, there are a few more that have come in -- one of whom had to cross the Atlantic to join up with his national team before the ink was even dry on his contract.

Alex Telles came off the bench in both of Brazil's matches and would now seem to be the second choice left-back for the Selecao. Swapping FC Porto for Manchester United should improve his profile and, hard on the heels of that 6-1 defeat to Tottenham, he would appear to have chosen an appropriate moment to join the club. United fans should certainly look forward to seeing his left foot in action, and as well as the attacking options he provides, he should be able to tighten up their defence.

Still, the United signing that attracted most of the headlines was that of Edinson Cavani. The veteran Uruguay striker was not called up for international duty this time -- a combination of his need to find a new club and the after-effects of testing positive for COVID-19 -- but he will have plenty of chances to add to his impressive total of 50 goals for his country. And now, after success with Napoli in Italy and Paris Saint-Germain in France, he has found himself a big contract in England.

United's recruitment policy has come in for heavy criticism in the past couple of years, making it hardly surprising that this move has not been greeted with universal approval. Cavani was a free agent; there were no other clubs vowing to complicate the deal. If United really wanted him, he could have been there for months already. Instead there was a whiff of desperation about making a late move for a player closer to 34 than 33, and one who had earlier priced himself out of deals with Benfica and Atletico Madrid with his wage demands.

Whatever the inadequacies of the deal, there's little doubt that United have acquired a proven top-class performer, and one who consistently puts in a shift up front. The amount of work that Cavani gets through almost entitles him to be described as a box-to-box striker, while his performances for past clubs have shown an admirable spirit of sacrifice. For years with Uruguay he was third in the striking pecking order behind Diego Forlan and Luis Suarez; he went uncomplainingly to play from the left wing, breaking into the penalty area when he could, carrying out defensive duties when he had to. National team coach Oscar Washington Tabarez called him "the perfect son in law."

Cavani became alienated by the star culture that ended up taking hold of the dressing room at PSG and it is easier to imagine him fitting in to Ole Gunnar Solsjaer's project at United, where he should prove a highly useful focal point for the attack. Critics may argue that his finishing is not sufficiently precise for him to be considered a genuine great. They may have a point, though his loss of accuracy may have something to do with the amount of ground he's prepared to cover around goal and open up space for teammates. But it would seem that for United in their present predicament, having quality players is not enough: Solskjaer needs strong, collectively-minded characters, and Cavani ticks all those boxes.

Cavani will soon make his first appearance for Man United and has a lot of the attributes that should help Solskjaer & Co. consolidate their top-four aspirations. Photo by JEFF PACHOUD/AFP via Getty Images

Cavani's presence will also be a massive aid to another deadline day signing, 18-year-old playmaker Facundo Pellistri, who was signed from Penarol, one of the biggest Uruguayan clubs, for around £10m.

Since the second half of last year Pellistri found himself being linked with a succession of European clubs. The virtues that attracted their interest are obvious: he's well-balanced, fluid of movement and neat in technique, with mobility and vision. There's something of a prototype David Silva about Pellistri. Indeed, Manchester City were one of the clubs he was linked with and that move might have made more sense than United, where the team's style of play is not as well-defined.

play0:48Robson: Cavani a good signing for Man United '5 years ago'

There are genuine grounds to fear for Pellistri, despite his talent. The physical side of the game has been a challenge for him even in South American club football. The Premier League is a huge step up in that regard, and many a career has foundered on the premature move and the resulting loan spells. At least he has his compatriot Cavani to give him protection.

Pellistri has little more than a year under his belt as a first-team player in Uruguay, including a lengthy interruption to the season due to the coronavirus pandemic -- he's played just over 30 games for Penarol. That said, at the start of his career, Cavani also made just 30 appearances for Danubio before making the move across the Atlantic and things worked out for him.

Both Cavani and Pellistri made their names at home and were well-known to football fans in Uruguay before going to Europe. Increasingly, though, this is not the case with South Americans in Europe. Moves are made at an ever-earlier age, with whole careers are constructed far from home.

The latter part is certainly true of a couple of Brazilians who have just made their way to England. Striker Carlos Vinicius has been loaned to Tottenham from Benfica. He came through the youth ranks with Sao Paulo giants Palmeiras, where he was the sixth-choice centre-back, and then played for a couple of tiny clubs at home before heading to Portugal for a season-long loan at Real Sport Clube. After a move to Napoli saw more loan spells at Rio Ave and Monaco, Benfica took a €17m gamble on him and he rewarded them with 24 goals in 49 games. Now, after one good season, he will act as back up to Harry Kane at Tottenham.

Little winger Raphinha, who joined Leeds from Rennes in France, is another one who was whisked away to Portugal with Vitoria Guimaraes, then Sporting CP, before making his mark back at home with his first club Avai.

The Brazilian audience will learn about these players as a consequence of their exploits in England -- a vaguely similar story to that of Roberto Firmino, the national team centre-forward, who never played in the Brazilian first division with Figueirense and came through Hoffenheim in Germany before making it to Liverpool.

With 78 goals in six years at Anfield, plus Premier League and Champions League titles, Firmino has become one of the most successful South American players to have made his name in England. On the other side of the city, Everton will be hoping that their collection of established international stars can have a similar impact this season.