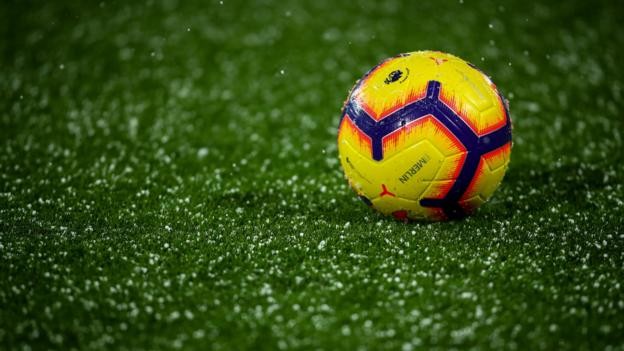 The Premier League has delayed deciding when each club gets its first winter break until after the Champions League and Europa League draws on 16 December.

Half of the 10 games scheduled for 8 February will be put back a week to give all 20 sides a weekend off.

The split and which games will be on TV was due to be confirmed by 13 December.

But the Premier League has pushed that deadline back to no later than 20 December to take into account when and where clubs are playing in Europe.

Wolves and Manchester United have already reached the last 32 of the Europa League, with Arsenal almost certain to join them.

It means they will be playing the first leg of their matches on 20 February. United and Arsenal currently top their groups, which would mean them playing away first.

There will be two Champions League last-16 first-leg ties on 18 February, with a further two the night after. No more than one English team is likely to play on each individual match night.

Manchester City and Tottenham have already reached that stage. Holders Liverpool need at least a point against RB Salzburg in their final group match next week to get through, while Chelsea will also qualify if they beat Lille, although a draw may also be good enough.

The Europa League awaits both sides if they finish third in their group.

Who needs what to qualify in the Champions League

It is anticipated the Premier League will take into account the wishes of the competing clubs before deciding when each game is played.

Manchester United are due to visit Chelsea in the most eye-catching fixture. Leaders Liverpool are at Norwich, with second-placed Leicester playing Wolves at Molineux.