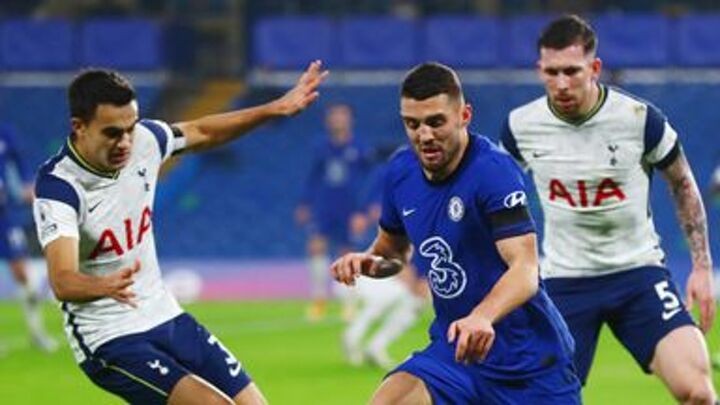 Keane is right: Arsenal should have just enough to stay up

The simple, straightforward problem for Arsenal is that they are not good enough.

True, some of their players are better than their current dismal position in the Premier League table: Leno, Gabriel, Aubameyang. And some may be in the future: Saka, Tierney, Nelson. And some might be again whenever it is they are fit to perform: Thomas Partey.

But that is more or less it. For when Sky Sports' Paul Merson opined in midweek that Arsenal were a mid-table side, he was very arguably being generous. Arsenal are closer to the wrong half of the table than the top. They are, to use the vernacular, a million miles away. As Roy Keane starkly concluded after the ponderous-then-profligate defeat to Wolves, the Gunners look soft again. Then for the zinger: "I'll think they'll have enough to stay up." Ouch.

None of which is to cast aspersions against Mikel Arteta, even with Arsenal's meagre haul of points this season amounting to their lowest ever at this stage of a Premier League campaign. He was handed a grubby inheritance and too little remedial work was undergone during the summer. Perhaps, in hindsight, too much was made of the FA Cup win, a papering-over-the-cracks operation if there ever was one. Arteta looks the right sort and the right type of manager to sort out this mess and this squad.

But he needs time and patience, virtues that rarely linger for long in the Premier League. Next week's north London will provide another stern test and, based on current form, another tough verdict. If there is a criticism that can be levelled at Arteta it is that he is still yet to pin down his first and best team. Should it include Willian and Granit Xhaka? Just what exactly is Dani Ceballos' role? Is Saka a forward or a midfielder? And is Aubameyang untouchable? The Arsenal boss needs answers and he needs the right answers.
Pete Gill

The result? Four points, and no goals conceded. Spurs go back to the top of the league.

Stick this game in standard definition and it could have been any Jose Mourinho performance from the mid-00s, away from home at a big club.

He made a point before the game of saying Spurs have one aim: to win the game. But after the break, Spurs did little to nothing, and seemed satisfied with their lot from the hour mark onwards.

Heung-min Son had two touches in the box. Steven Bergwijn three. Harry Kane five. But it doesn't feel like Mourinho is necessarily inhibiting his players' qualities. Kane has found layers to his game, and most of Jose's side are improving - Eric Dier and Tanguy Ndombele are the two standouts in that respect.

One thing is clear: it feels like Jose Mourinho is back. In a season where identity has been hard to come by, he's found his with Spurs.

Their big challenge now is how they fare against sides that "do a Jose" on him. By the way, that's a good 50 per cent of the Premier League. But it's Arsenal at home next; he did a number on them in July, and don't rule out more of the same.
Gerard Brand

Coming into Sunday's game at Arsenal, Raul Jimenez had been responsible for more than a third of Wolves' goals since their promotion in 2018.

Scoring four of their nine so far in 2020/21 has accounted for almost half his team's tally; although losing any player to a serious injury would be a huge blow, Nuno Espirito Santo would arguably not have wanted to lose any player more than his talismanic forward.

The early news after Jimenez was stretchered off and taken to hospital five minutes into Wolves' 2-1 win at Arsenal seems positive, thankfully, but should the Mexican face a long spell on the sidelines, he will be tough to replace.

Wolves did very well in his absence with Pedro Neto and Daniel Podence stepping up to fill the void, but longer term, Jimenez's return does not replace itself. His replacement on the night Fabio Silva, whose cost in millions of pounds still exceeds his career league appearances, put in a steady performance but it is unlikely he is the answer at his tender age.

Santo has abandoned his trademark three-man defence in the last two games, initially in response to the loss of Conor Coady but at the Emirates, in a hugely impressive win, to offer a glimpseof a more expansive Wolves.

But without Jimenez, will he return to type? It looks likely anyway next weekend at Anfield, where Wolves will prioritise their defensive duties - but without the goals of Jimenez at one end, will Santo be conscious of being tighter at the other?

It certainly does not look like 3-5-2 is dead just yet. But Santo has been honest in his assessment - Wolves have become "predictable". There are certainly signs of development into a more attractive evolution of this team, but perhaps to what extent will ride largely on the shoulders of Jimenez's injury.
Ron Walker

If you didn't watch the game, you'd be forgiven for thinking Tottenham's goalless draw at Stamford Bridge was the reward for another vintage tactical masterclass by Jose Mourinho.

With top spot in the Premier League at stake, Chelsea and Spurs didn't give much away, barely an inch, but there were still openings, the kind which separate title contenders from title winners.

The overriding conclusion from a rather forgettable 90 minutes was Chelsea's failure to covert the handful that came their way, with three opportunities passing Tammy Abraham by.

On reflection, none were gilt-edged, but he could - and probably should - have done better with all of them and, who knows, Chelsea could well be sitting top of the Premier League now instead of Spurs.

Former Blues striker Jimmy Floyd Hasselbaink didn't mince his words in the Sky Sports studio after the game: "Abraham has to do better. What do you want as a striker? These moments. This is where Abraham has to step up this season.

"He had three chances, three opportunities where he has to make it more his own. He has to prove it in those moments. At times he can do better, with his stature, his ability, he should score more goals, and more important goals.

"Sometimes I wonder: does he watch clips of himself after the game? Because certain times his movement can be better, he needs to keep on improving."

There were positives in Chelsea's performance but whether in Abraham they possess sufficient firepower to sustain a full-blown title challenge remains to be seen. Now it's over the Tammy to deliver.
Jack Wilkinson

Ole Gunnar Solskjaer tinkered again but a thrilling comeback victory on the south coast was borne out of mentality more than system.

The Manchester United diamond looked low on lustre in the early stages at St Mary's; defenders exposed, Bruno Fernandes ineffectual and Marcus Rashford peripheral. David de Gea was left sore from his clatter with a goal post. Solskjaer was sore himself to see his side off the pace and two goals down at the break.

No side in the Premier League has won more than Manchester United's 12 points this season from losing positions. Solskjaer's team are the first side in Premier League history to win four consecutive away games despite trailing in each. Eight consecutive top-flight away wins is a club record and memories were stirred for the manager.

"It's a trait that Man United always should have: Never give up, never give in," the Norwegian beamed after the game. "I don't know how many times I was on the pitch and we came back and won games towards the end.

"We had a manager who never, ever allows anyone to give up and I have to say that's one of my values."

Cavani, with his impeccable finishing touch and enduring will to win, is only the second player to be directly involved in three goals in a Premier League game after coming on as a Manchester United substitute. The other? Solskjaer himself, who scored four goals against Nottingham Forest in February 1999.

A Solskjaer-style impact in Fergie time: that prompted a smile too, even if the still-babyfaced assassin fired a warning shot in jest over the minute Cavani spent messing with his boots. "He'll have to learn on that one; you have to be ready as a sub - I know more about that than anyone!"

Flaws remain in this Manchester United side but so too - admirably - does a trademark resolve.
Kate Burlaga

A chance missed for Saints

Ralph Hasenhuttl said he was proud of his players and not angry despite seeing his side squander a two-goal advantage to lose 3-2 to Manchester United.

The Saints were in dreamland at half-time, leading 2-0 after goals from Jan Bednarek and James Ward-Prowse, despite not being at their fluent best.

But it all unravelled after the break as Edinson Cavani turned the game on its head, and despite the optimism in private, Hasenhuttl will be disappointed in private at the way his side failed to hold on for at least a point.

And despite their recent excellent form, he will also be slightly concerned that his side have now dropped 25 points from winning positions in the Premier League since the start of last season, second only to West Ham (31).

Defeat means Southampton stay fifth, and while most Saints fans would have taken that 10 games in, Hasenhuttl, whose side could have gone third, will know that the manner of this loss is an opportunity missed in what is a topsy turvy Premier League season.
Oliver Yew