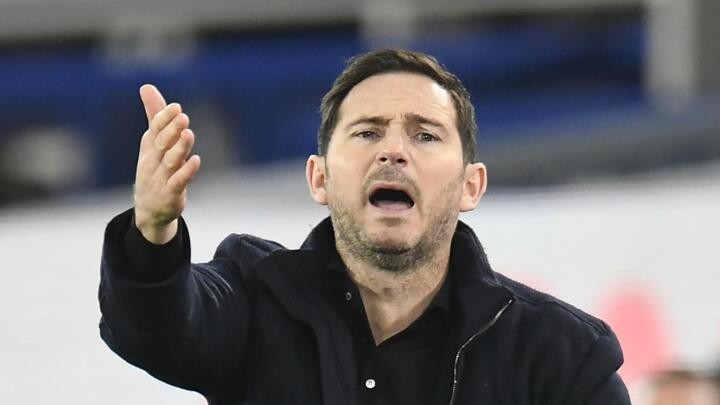 Chelsea boss Frank Lampard feels it may be impossible to "dictate" the way players behave in the heat of battle as the Premier League pushes clubs to reduce covid-19 risks.

League chiefs want to cut out all unnecessary contact between players, reportedly including hugs, handshakes and high fives, all actions that are commonplace in goal celebrations.

However, Lampard says footballers can only do their best, and the possibility of bookings, which could lead to red cards, is something he says would be "very difficult to police".

Speaking on Thursday in a news conference, Lampard said: "If you understand football and understand the passion and the instinct which every fan has, they understand it can bring our emotions in you.

"To control the emotions is a fair ask, but to dictate emotions I think would be probably very difficult on the pitch. As it goes along we'll see if players can control it - I hope they can."

There have been goal celebrations in games since it was first declared they should be avoided, and the Premier League is holding meetings with managers and players this week when it is expected to drive home the importance of the new guidance.

Coronavirus infections have caused a rash of game postponements in the league over recent weeks, with a number of clubs badly affected by the recent rising toll of infections.

Lampard: "Football has and always will be a game of instinct"

"But when you're putting a football on the pitch and there's a lot of instinct involved, then it's not always as easy to draw a clear line on the pitch as in training.

"We'll try to do the best as we are told to minimise the threat and the danger that we know this virus holds.

"We've been told that and there are meetings for today and tomorrow to probably reinforce that from the Premier League.

"I'll reinforce that to the players, but football has and always will be a game of instinct. And if we want to take the instinct out of the game, I think it's not that simple.

"Players are good lads and they don't want to do the wrong thing. They've been asked to do their job through this very tough time and they're doing it.

"When they're on the pitch and if they score a goal we'll try to adapt slightly, as well as we can. In a perfect world, we'll all walk back to the halfway line and just start again.

"But with football maybe it won't quite be the case. I don't think you can hold players hugely to account unless there's a clear flouting of those rules.

"If people can get booked, which means they can probably get sent off if it was a second yellow card, I think it'll be very difficult to police, with keeping the energy and the excitement that football brings.

"The players have been asked to not show natural instinct in a game - let’s see how it works."