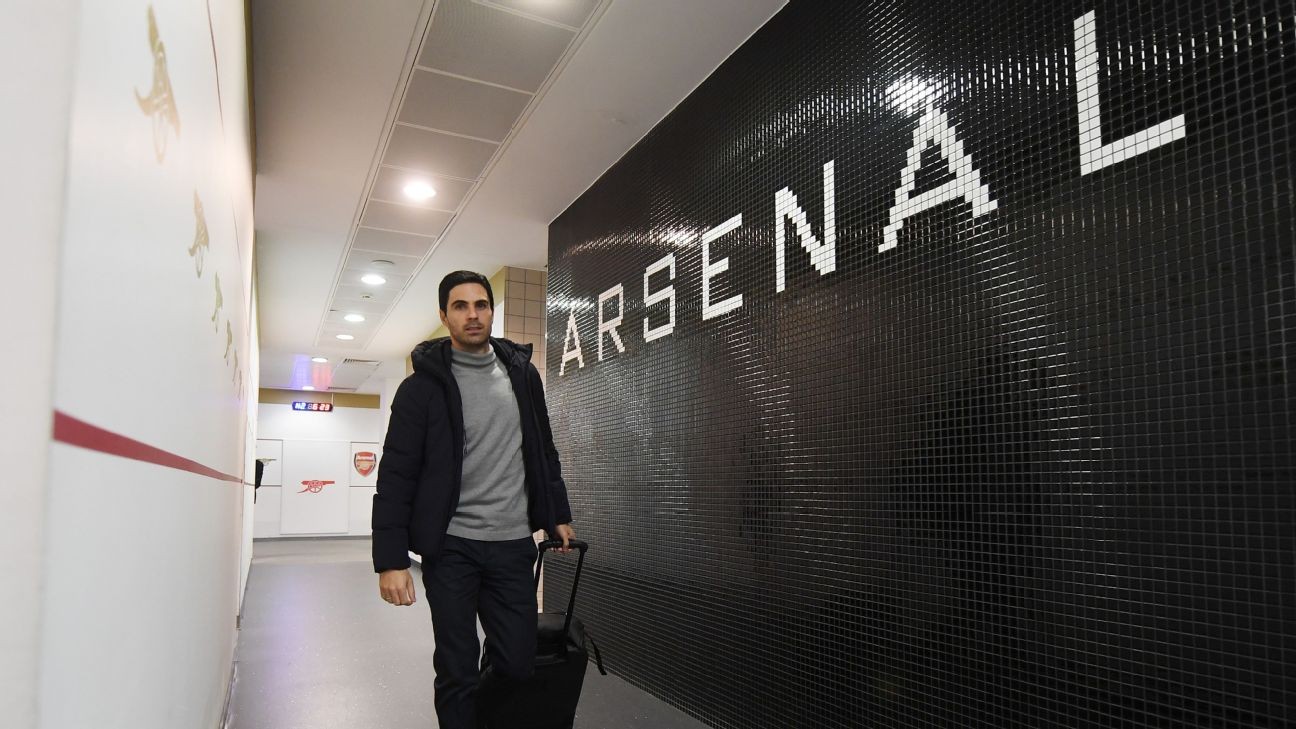 As the rest of the Premier League returns from the winter break to complete this elongated round of matches, here's everything you need to know about this weekend's action.

Jump to: How much do Arsenal need a win? | Man to watch | The game you should watch | Team that needs luck | One thing that will happen | Stats of the weekend | Predictions

Do Arsenal need a win to show they're progressing?

You can see what Mikel Arteta is trying to do. There are patterns, ways Arsenal are moving the ball, methods of creating space through intelligent runs and positioning, little bursts of verve and spark that weren't there before.

The trouble is, Arteta has been in charge for seven league games now and has only won one of them. Last time out they were particularly fortunate to get away with a 0-0 draw at Burnley, with the Clarets missing a series of clear chances and at times Arsenal were clinging on. At points they looked dominant themselves too, but that's their problem: they're producing moments of excellence but aren't managing to string them together enough to get a victory.

At this stage Arsenal are basically all theory and no practice. Conceptually, things are progressing, but actually -- in terms of cold, hard results -- they're not doing much better than when Unai Emery was in charge. Arsenal, in 10th place and still with an outside chance of qualifying for Europe through the league, have won the same number of games as the hapless West Ham.

"At the moment we are far from it but there are a lot of games to play," Arteta said this week, about the prospects of sneaking into the top four. "It is very tight. Everybody is giving points away. It will depend on us. If we are able to put three or four wins in a row, we will be much closer."

Their game against Newcastle on Sunday might be the time to try something slightly different, and leave Mesut Ozil out of the team. Pierre-Emerick Aubameyang is indispensable on the left, Gabriel Martinelli could be threatening from the right but Ozil simply isn't doing enough to justify his position in the centre: Nicolas Pepe would add more dynamism and goal threat from that position, behind Alexandre Lacazette.

A win would not just boost their slim chances of qualifying for the Champions League. It would be a tangible expression of faith in Arteta's methods, which would in turn raise the levels of confidence in him among the squad. Footballers are usually driven by results rather than process: if you win games, they'll generally do what a manager tells them. Arteta needs a bit of that.

You wonder whether Frank Lampard's decision to drop Kepa Arrizabalaga for Chelsea last game and replace him with Willy Caballero  for the 2-2 draw with Leicester was just about the goalkeeper's form, or whether it was more a psychological trick.

Arrizabalaga, the most expensive goalkeeper in the world, has been declining in form all season and Lampard could be justified in his decision if it was just down to that, but you suspect it could also have been an attempt to essentially make Arrizabalaga think about what he's done. The timing -- one game before the winter break -- could suggest that Lampard wanted Arrizabalaga to stew on his errors. Either way, it's going to be fascinating to see how this plays out.

THE GAME YOU'RE NOT PLANNING TO WATCH ... BUT SHOULD

This is a game that will be worth a watch if only to witness what happens when a couple of teams show some faith and patience with their managers, because it's quite conceivable that both would've been sacked by other clubs at various points this season.

Obviously, Southampton might have dispensed with Ralph Hasenhuttl after their 9-0 humiliation against Leicester and the rotten form that surrounded it, but they stuck with him and now the Saints are seven points from the relegation zone. Burnley might equally have decided that Sean Dyche's race had run, and that for all the good he's done them a change was required after a sequence of seven defeats in nine put them close to the bottom three. But both men stayed and both teams are thriving: drastic action is not always the answer.

A TEAM THAT NEEDS A BIT OF LUCK

Leicester have stalled. Their brilliant run has stuttered, they've won one of the last four in the league and were knocked out of the League Cup when they should have put their semifinal against Aston Villa to bed in the first leg, which ended 1-1. There could be myriad reasons for this, from the cooling in Jamie Vardy's form and his injuries, to a few key men playing badly at the same time, to simply returning to the level of results they could reasonably be expected to achieve.

But they still have some fine players. Brilliant players, in fact. They will at the very least be challenging for a Champions League spot, but with a little fortune against Wolves on Friday night, they could take a big step towards cementing a place there.

ONE THING THAT WILL DEFINITELY HAPPEN

Norwich and Liverpool have played each other 17 times in the Premier League era, games that have produced 68 goals, working out at a rather neat average of four per match. For fixtures that have been played 10 times or more, that's a record, and even if the majority of those goals have been scored by Liverpool (50, in fact), for whatever reason this game is more or less a guarantee of goals. Will we get a repeat of the madcap 5-4 the last time these two faced each other at Carrow Road in 2016? You wouldn't rule it out.

STATS OF THE WEEKEND

With 13 PL games remaining, Liverpool need 18 points to clinch the club's first Premier League title and their first top-flight title since 1990; The earliest any side has ever won the Premier League was 2000-01, when Manchester United clinched the title on April 14.

The 73 points Liverpool have amassed after 25 games (24-0-1 W-L-D) is the most any team has ever registered after 25 games in the history of Europe's big five leagues (assuming three points for win), beating record of 71 points set by Pep Guardiola's Bayern Munich in 2013-14.

Sadio Mane could return after missing the last four games due to a hamstring injury. The Senegal forward has scored 99 goals in all competitions in English football.

Danny Ings has scored 17 goals in all competitions for Southampton this season. The last Saints player to score more in a top-flight campaign was James Beattie, with 24 in 2002-03