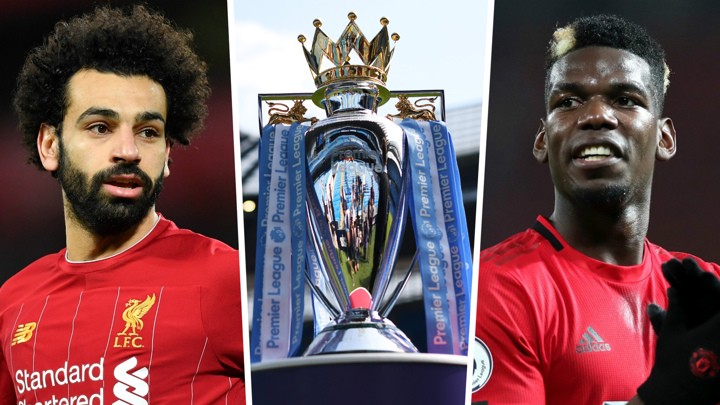 Having seen action suspended in March due to the global coronavirus pandemic, the Premier League is set to return on Wednesday June 17, albeit behind closed doors and some high-profile matches at neutral venues.

While safety measures mean that fans will not be permitted to attend stadiums to cheer on their teams, they will have the option to watch games on TV or stream them live online at least.

With action on its way from England's top flight again, Goal brings you all you need to know about how to watch the Premier League restart in the United Kingdom and United States.

Sky Sports, BT Sport, Amazon Prime and BBC will be live broadcasting Premier League matches in the UK upon resumption of the 2019-20 season.

Sky Sports will show 25 matches on free-to-air UK TV out of a total of 64 live matches as part of an agreement with the UK government.

BBC, which only shows Premier League highlights usually but does air live FA Cup matches, will televise four games this season. It has never before had live Premier League games.

Streaming services are available on both Sky Sports and BT Sport - Sky Go and the BT Sport Live app - which can be used on iOS and Android devices as well as through smart TVs or personal computers.

In the US, NBC Sports have the broadcast rights to show Premier League games live on TV. The network has a variety of channels, including the Spanish-language Telemundo Deportes.

All remaining Premier League games will take place at the following times for UK TV viewers and football fans:

All remaining Premier League matches will kick-off at the following US ET times for soccer fans:

Manchester City's match against Arsenal was the first Premier League game to be postponed due to the coronavirus after it was confirmed that Olympiacos owner Evangelos Marinakis had contracted Covid-19. Mr Marinakis had been in contact with a number of Arsenal players and staff, so the Premier League agreed to rearrange the fixture on medical advice.

The other matchday 28 game to be postponed was the game between Aston Villa and Sheffield United, but the posponement was not related to coronavirus - it had been rearranged due to the Carabao Cup final.

Both games will be televised in the UK, and Man City losing could allow Liverpool to win the title in their first match back, against Merseyside rivals Everton.

Gameweek 30 was initially scheduled for March 13 to March 15, but the entire programme was put on hold following the revelation that Arsenal manager Mikel Arteta had become ill with Covid-19.

Some of the standout games in this series include the Merseyside derby between Everton and Liverpool, and the showdown between Tottenham and Manchester United.

Gameweek 31 will see Manchester United face Sheffield United, while Liverpool take on Crystal Palace. Manchester City are due to make a visit to Chelsea in this gameweek.

Manchester City's clash with Liverpool is the standout tie in gameweek 32, although barring poor Reds form and unfaltering excellence from Pep Guardiola's side, the title could well be decided already by this point.

The Premier League plans to finish the season on Saturday July 25, according to BBC Sport. The FA Cup final will take place the following weekend on August 1 and domestic football is set to return for 2020-21 in September.