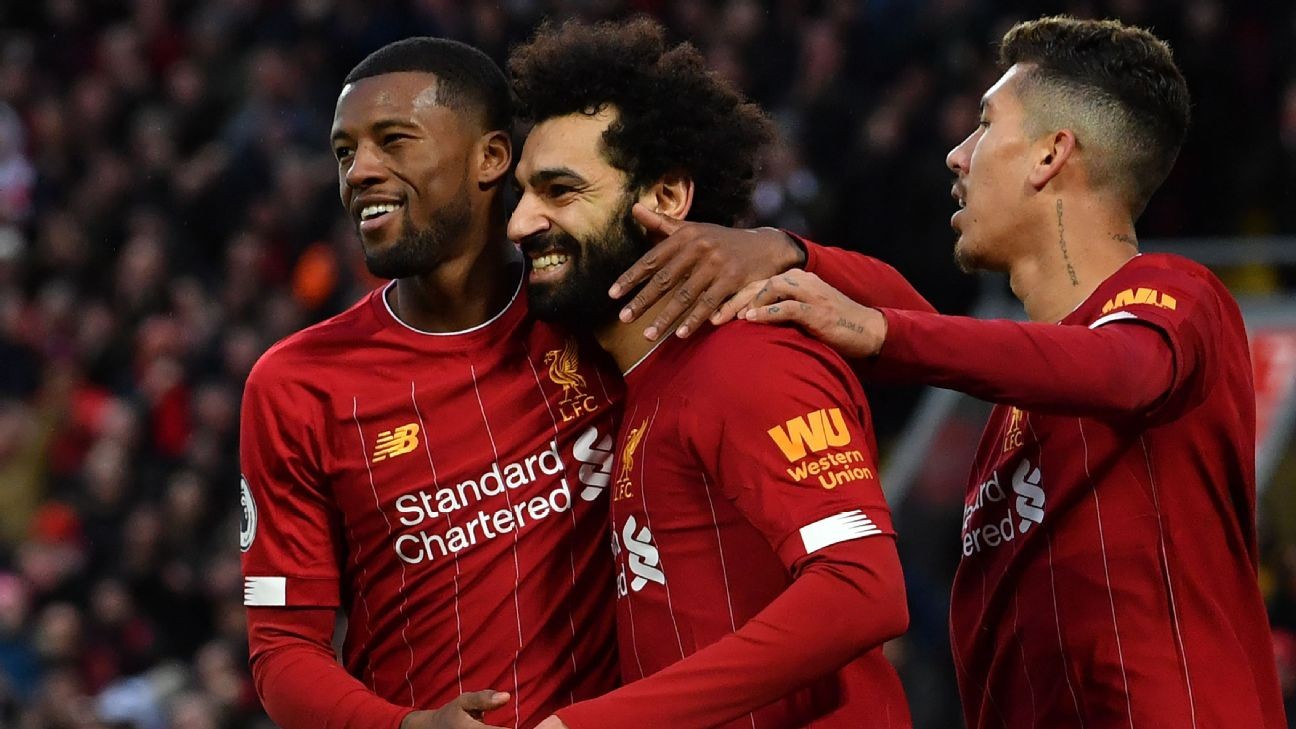 Heading into Matchday 30 of the 2018-19 Premier League season, things were looking pretty good at Old Trafford. Manchester United hadn't yet lost a league match under their interim manager, Ole Gunnar Solskjaer. They were sitting in fourth place and thanks to a stunning, last-second road victory against Paris Saint-Germain in the Champions League Round of 16, that manager's contract would soon be made permanent. Heck, the most optimistic United fans were probably thinking, If we'd just had OGS since the start of the season, we might be fighting for the title!

The upswing, of course, ended there. United immediately lost to Arsenal and ultimately dropped five of their nine remaining games, winning just twice. In fact, only Brighton, Watford and Huddersfield took fewer points from Matchday 30 through the end of the season. United dropped down to sixth place and finished five points back of the fourth and final Champions League spot.

A lot can change over the final nine weeks of the season and as of now, according to what sources told ESPN, the Premier League wants the final nine weeks of this season to be played at some point. Amid the devastating uncertainty of the coronavirus pandemic, no one knows when or how that will happen, but the league has extended the end date of the season indefinitely. As Mark Ogden reported, "... sources have told ESPN that the sporting integrity of the professional game makes it a necessity to finish this season before attentions are turned to the next one."

Of course, that hasn't stopped a chorus of voices from saying that the 2019-20 season should simply be voided, erased and cancelled. Former Arsenal striker turned pundit Paul Merson tried a snooker analogy to make his point, albeit without making much sense. England legend Alan Shearer agreed, as did former Man United defender Rio Ferdinand (can't imagine why he feels this way) and West Ham executive Karren Brady. (A quick glance at the table might hint as to why the Hammers would fancy a do-over.)

However, just because things can change doesn't mean they will. Based on analysis of the past 10 Premier League and Championship seasons conducted by the consultancy 21st Club, it turns out that the current table (aka with 9-10 games left) and the final standings look a lot alike.

The races at the top don't change

Let's start with the title. No one is catching Liverpool -- and that's been true since last calendar year. Their lead atop the table is the largest... ever. They're competing with history, not any of their contemporaries, but even without such a massive gap between first and second place, most teams that were in first place before Matchday 30 ended up being the teams in first place after Matchday 38, too. Only three of the past 10 title winners weren't in the lead at the league's current pause point: Chelsea in 2014, plus Manchester United in 2010 and 2012.

For fun: the managers of the only teams that blew their leads? Jose Mourinho and Sir Alex Ferguson.

Surprisingly, the top two in the Championship is an even tighter group. Of the past 20 teams to gain automatic promotion to the Premier League, the only teams that dropped out of the top two after Matchday 39 were Brighton in 2016 and Leeds United last season. However, Leeds were second last year, just two points ahead of third, while this season they're in first, with a seven-point gap separating them from third-place Fulham.

The next financial choke point in the table would be the race for the Champions League places. At this point in 2013, Andre Villas-Boas and Tottenham were sitting third, two points ahead of Chelsea and seven points ahead of Arsenal. St. Totteringham's Day eventually came, though, and Spurs slipped all the way down to fifth. AVB was gone by December. "Missing out in 2013 meant Spurs were further cut adrift at the bottom of the big six," said AJ Swoboda, managing director for the Americas at 21st Club. "In 2013, they were £59 million in revenues behind the next-wealthiest team, and then £75 million in the following season, having not been in the Champions League."

Liverpool are light years ahead of the rest of the Premier League and looking at recent seasons, it's clear nobody's catching them. It's also unlikely that teams will really swap positions anywhere up or down the table.

Yet beyond OGS and AVB's teams, none of the other 38 teams that occupied a top-four spot ahead of Matchday 30 fell out of the Champions League places by the end of the season. Despite all of the excitement around it each spring, the top-four picture almost never changes over the final nine or 10 games. As long as your manager doesn't have his own three-letter sobriquet, you can make sure your upcoming Tuesday and Wednesday nights are clear.

(We must address the obvious next: it's true that fifth place could earn a Champions League spot this season, but Manchester City have appealed their ban and the Court of Arbitration in Sport has postponed all of its hearings, so that appeal is also up in the air. Now, there has been a change in the top five in six of the past 10 Premier League seasons, but teams weren't actively competing for fifth place in any of those seasons, so take that information with a grain of salt.)

The story remains pretty much the same for the Championship playoff. There's a little more movement -- 87 percent of the Championship's top six end up in the top six, compared to 95 percent of the Premier League's top four -- but 52 of the previous 60 teams to occupy one of these places at this point in the year was still there by season's end. Derby County experienced the largest drop-off, falling from fourth to eighth in 2015. Their manager was Steve McClaren or, and this might be a reach: SMC. Hmm...

How about the battles to stay up?

The relegation places are a little more volatile, but only slightly. Eighty percent of the teams in both the Championship and the Premier League who were in the relegation places at this point in the season were ultimately relegated. In 2011, Wigan and Wolverhampton were in 20th and 19th, respectively, and both managed to stay up. In fact, Wigan did it the year before, too. The most recent last-second survivor was Crystal Palace, who jumped all the way from 18th to 11th in 2018. Most notable, though, was Leicester City, who were dead-last at this stage in 2015. They survived ... and then won the whole damn thing the following season.

Meanwhile, as Crystal Palace climbed the table in 2018, Swansea City went the other way, falling from 13th to 18th come season's end. The financial implications were disastrous.

"From earning £126.8m in revenue in 2017-18, Swansea's revenue collapsed to just £68.2m in 2018-19, though they did a pretty good job of slashing wage costs proportionally," Swoboda said. "The great escapes give a sense of how important those late-season rises are in pure financial terms."

Despite those examples, the majority of teams don't move much at all. And if they do, it typically means moving from one midtable spot to another, not a leap into the top two, top four or top six, or even out of the relegation zone.

The Premier League's hope, according to The Telegraph, is to restart games by June, play them all by July 12 and then start next season on time. That seems foolish, both because it would force a ton of matches into a truncated stretch and because it's unclear if it'll even be safe to play games by then. Most likely, it seems like the league is going to have to come up with some creative solutions to conclude the season. And the fact that not much is likely to change from here on out should inform whatever decision gets made.

At the very least, hopefully we can do away with the idea that the season should be totally voided. Most teams are already in the place they were going to end up. In fact, the connection is so strong that it even applies to the teams with an extra game to play. Among all the teams in both the Premier League and the Championship with a game in hand at this point in the season, just 38 percent improved by one place come the end of the year.