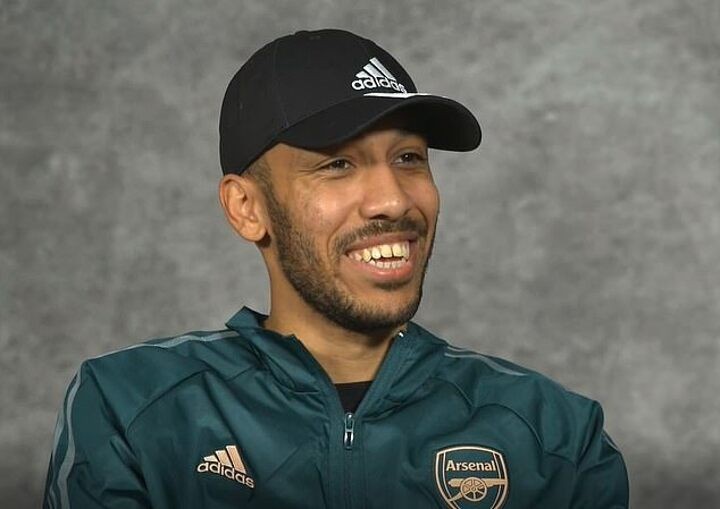 Premier League stars including Pierre-Emerick Aubameyang, Sadio Mane and Ben Chilwell have all spoke about how they have tried to stay positive during the national lockdown.

It comes as the Premier League have launched a new series featuring players and managers, sharing what they have done to keep a positive mindset during the coronavirus pandemic.

The 'Inside Matters' series, aims to support fans' positive mental health during the lockdown.

He said: 'Me and Reece play online chess quite a lot. We play chess against each other and I actually asked my mum for some chess books and a chess board for Christmas.

'So yes, that's something that has obviously helped me. You can't ask me any questions as I've only started recently but I'm starting to learn Spanish as well.'

Arsenal striker Pierre-Emerick Aubameyang has tried to stay social by speaking to his dad, and enjoying the WhatsApp group that his Gunners team-mates are involved in.

He said:  'I call my father – he's like a psychologist! He gives me strength, just with key words. For me, this is really important. After every game I call him and he gives me his feedback from the game, and stuff like that.

'Even during lockdown he called me a lot to try and keep me fit! He was always saying ‘are you training? I called him every day on FaceTime after training so he knew.'

On keeping in touch with his team-mates he added: 'We were all in the [team] WhatsApp group, texting every day and everyone was doing well. I think the group maybe gave strength between us. I will remember it because it was nice, and some guys did some jokes – we have a lot of clowns!

'Of course Laca [Lacazette] for sure, but Robbo [Rob Holding] is good as well, he's funny.'

Liverpool forward Sadio Mane said his key to keep busy was to find an interest that could occupy his mind for long periods, including reading a book, playing games with family or starting a new television series.

The 28-year-old Senegalese winger said that he had been watching 'loads of movies' as well as the TV series Vikings.

Tottenham defender Ben Davies decided to help out his local community during lockdown, including his elderly neighbour.

He said: 'During the first lockdown – especially when it was pretty intense – I was always helping out my elderly neighbour, who couldn’t really do much because we didn’t really know the extent of what was happening.

'Me and my fiancée did his shopping for him, helped him out with his transport needs, his appointments and all that, so that was quite nice. I also helped out the local bakery take some food to the Royal Free Hospital during the lockdown when it was really ramping up, and we’d try our best to just be as helpful as we could really.'

Crystal Palace manager Roy Hodgson used his love of books and music as a method of coping with the lockdown as well as a distraction from work.

He said: 'Luckily, I did buy four or five (books) just before the shops had shut down - they've certainly kept me going. Music is useful and I've always been interested in it. I've quite an eclectic taste, as well. I can vary between soul and Motown and my classical music, depending on my mood.'

Southampton defender Ryan Bertrand made the most from not travelling as much as he normally would do, by enjoying more free-time with his family.

He said: 'I've been afforded a lot more time to fortunately spend with my kids. I think I've been usually travelling a lot and I've missed key moments throughout their lives, which is part and parcel of having a blessed life.

'But I think having those small moments where I am perhaps around a little bit more, catching them at better times and participating in things that I probably wouldn't usually do. To have that real detail, one-on-one time with them, that's been great for me.'

Fans can head to the Premier League’s #StayWell hub for more information on maintaining positive mental health, including tips and advice from experts and players, as well as links to NHS resources and Public Health England’s ‘Every Mind Matters’ campaign.