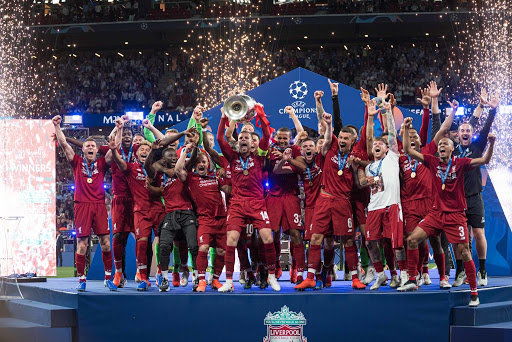 With so little to choose from between Manchester City and Liverpool this season, the Premier League title race looks like it could go right down to the final games.

After campaigns with frontrunners easing their way over the line, the English top flight could use a real title battle and signs are showing one could be in the offing.

A convincing 4-1 win over Manchester United at the start of March really saw Man City put down a marker of where they stand, not just alongside their old rivals, but in the top flight in general.

City, who are 1.25 in the betting on football to win the Premier League title this season, blew the Red Devils away in the second half to cruise to the three points at the Etihad Stadium.

With City enjoying an astonishing 92% possession in the final 15 minutes of the encounter against Ralf Rangnick’s side, it was another masterclass from Pep Guardiola’s men. The win in the Manchester Derby saw City move up to an impressive 69 points in their first 28 games in the league.

City’s goal difference also went up to +50, with only title rivals Liverpool having a better return (+51) having played one game less at that stage.

What will have pleased Guardiola through February and into the start of March will have been the rise of players to form. Talisman Kevin De Bruyne, having overcome his injury troubles earlier in the season, has been getting back to his influential best.

A brace of goals against United capped off another stellar performance that City fans now come to expect from one of the best midfielders in the world. Jack Grealish is also starting to justify the big money spent to acquire his services over the summer.

The former Aston Villa star started against United and caused the Red Devils problems throughout. These players coming to form at the right time is another reason why City had their noses in front after 28 games.

Reds Refusing To Go Away

After a narrow 1-0 win over West Ham United at Anfield, Liverpool showed a different side to themselves from the free-scoring Reds the league has come to expect.

Winning ugly at times is just what’s required in the title race and it’s something that should stand Jurgen Klopp’s side in good stead as they go for their second Premier League title during the German tactician’s tenure.

With six top players pushing each other hard for those front three positions in Klopp’s system, standards are incredibly high at Anfield.

Liverpool have had a taste of what it’s like to win the Premier League and, with a mean defense to go with their blistering attack, the Reds are a team capable of forcing the title race to go down to the final days in May.