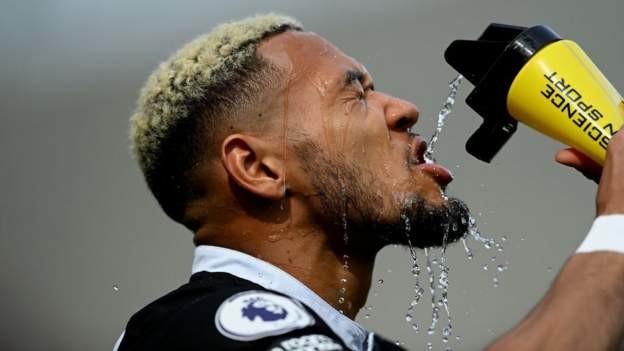 Drinks breaks will be implemented during Premier League fixtures this weekend because of high temperatures across the UK.

The Met Office has issued an amber extreme weather warning for southern and central England and parts of Wales.

Temperatures are forecast to reach as high as 37C (99F).

Drinks breaks were first introduced by the Football Association during the Covid-19 pandemic, when then the 2019-20 season resumed in mid-June.

Temperatures have already risen over 30C in some parts of the UK this week.

A break was called in Sunday's Premier League match between West Ham and Manchester City while evening games in the Carabao Cup first round earlier this week - including Coventry v Bristol City - also featured water breaks.