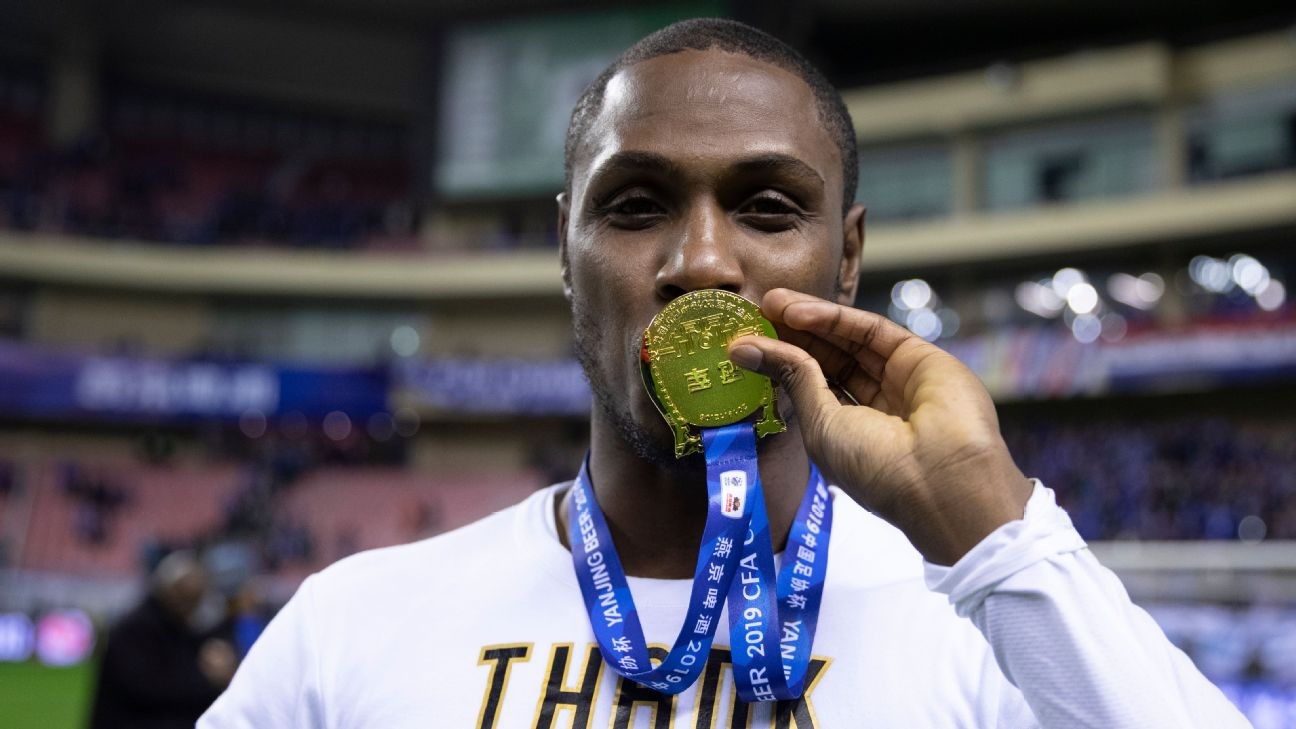 Monday's big matchup between Manchester United and Chelsea will serve up several big storylines, but here are some takes on this weekend's action.

The reaction to Manchester United's signing of Odion Ighalo came in waves. First came bafflement, then incredulity, then as ever the backlash arrived, those who stopped and said "actually, he might be exactly what United need."

The only thing that most could agree on was that scrabbling to sign on loan a striker who'd spent the last three years in China, in the final hours of the transfer window, didn't exactly suggest keen joined-up thinking in their transfer department. That doesn't necessarily mean Ighalo will be a failure, and we could start finding out how much impact he will have on this United team on Monday.

Ighalo might be included against Chelsea, despite effectively being in quarantine for the last couple of weeks because of fears over the coronavirus, and while it's doubtful that he'll be in from the start, Ole Gunnar Solskjaer floated a scenario in which he is thrown on in the closing stages to get a goal.

It all feels fairly fanciful, and for anyone who still clings to the logic that Ighalo is a 'proven' Premier League player should remember that his time at Watford ended three years ago, and that most of his success was over the first half of his first season in the top flight. He barely scored for a year before leaving.

United have known they needed a striker since May, and the need arguably became even greater after the decision to ban Manchester City from the Champions League, meaning that fifth place will now almost certainly be enough to qualify.

The addition of a reliable centre-forward would make it all the more likely that United would fight off the likes of Spurs, Wolves and Sheffield United for that fifth place, but as it is they have gambled on a desperation punt. If it works, they might look like geniuses, but in reality it will be more a victory for luck than judgement.

A Kane-less Tottenham is not the end of the world

The raw statistics perhaps don't represent the quality of his overall play, which has been oddly uneven recently, but Son Heung-min's two strikes against Aston Villa were his fifth and sixth in the last five games.

"I played very bad because I had a couple of chances to score and finally in the last seconds I scored the winning goal," he said afterwards.

But even if he is missing chances or his general play isn't great, he's performing a vital role for his team. The absence of Harry Kane is often seen as a sign of impending calamity at Tottenham, and indeed Jose Mourinho used it as justification for his approach on a couple of occasions since his injury.

But Kane has been absent for nine games now, and the only one of them that Spurs have lost was to Liverpool. Clearly, they would rather have him around, but we should probably forget the idea that they helplessly and blindly fumble in the dark without Kane: and plenty of that is down to Son.

Football is an incredibly cruel game. Just after Bjorn Engels headed in an equaliser, a range of emotions spread across his face: joy, of course, at scoring his first goal for Aston Villa, but mainly relief that he had redeemed himself after giving away a penalty earlier on in the game, that Son eventually scored from.

Cut to 40 minutes later, a punt upfield, a limp leg hung out by Engels as he tried to clear, the ball slipping underneath his studs and into the path of Son. From that point there was no way the fates were going to allow him to get away with this one, and what would have been a key point for Villa disappeared into a cloud of dust. It will be of no comfort to him, but this game would have been much less entertaining without his involvement.

As the English winter turns into spring, thoughts will inevitably turn to who Gareth Southgate will select in his squad for Euro 2020. While he has a surfeit of incredibly exciting options at right-back -- only two of Trent Alexander-Arnold, Kieran Trippier, Kyle Walker, Reece James and Aaron Wan-Bissaka will make it -- the choices on the left are less mouth-watering. Ben Chilwell, Luke Shaw, Ryan Bertrand and Danny Rose are all fine, but don't exactly quicken the pulse.

Bukayo Saka on the other hand -- now there's an exciting player. "Whoops!" was his reaction when going over his brilliant assist for Arsenal's second in their 4-0 win over Newcastle, observing his nutmeg that will leave Valentino Lazaro seeking the comfort of a cool, dark room if he watches it back, but his game was about more than just easily giffable moments of skill. He was a constant menace down the left flank, and although it's inevitable that he will need to improve his defensive work -- he is, after all, not actually a defender by trade -- that is improving too. He could be a live option for the summer.

So let's just settle on the notion that most teams are of a similar quality to each other, which is great for the neutral. The Premier League this season has basically turned into a sort of Championship Plus, a richer version of England's second tier which for years has been a far more entertaining division because of its unpredictability, and the ease with which teams can jump up and down it.

Which brings us to Burnley, who a few weeks ago after a rotten run in which they had lost seven from nine, were looking down anxiously at the relegation zone, but who now following three wins from four are just five points off fifth place which, as we have established, means the Champions League.

It's been an odd old season, but don't for a minute take that as a negative.

Liverpool's dominance, expressed in yet another way

This column is increasingly feeling like a weekly search for ways to emphasise just how dominant Liverpool are this season, so here's another one: after the 1-0 win over Norwich on Saturday put Jurgen Klopp's side 25 points clear, second-placed Manchester City are only two points closer to them than they are to the relegation zone. Every other team in the division is indeed closer to the bottom three than the top one.

Luckiest moment of the weekend

It does feel like we're pointlessly repeating the same old song, but once more VAR comes to the rescue of a team who defended carelessly. Leicester were saved on a technicality, an element of the law that is tough to argue with on a scientific level because Jota's heel was marginally offside, which thus means that his whole body might as well have been offside. But no tangible advantage was gained, Leicester were not grievously wronged -- they simply defended a corner poorly and were saved by a matter of inches of a boot. They can consider themselves very fortunate.