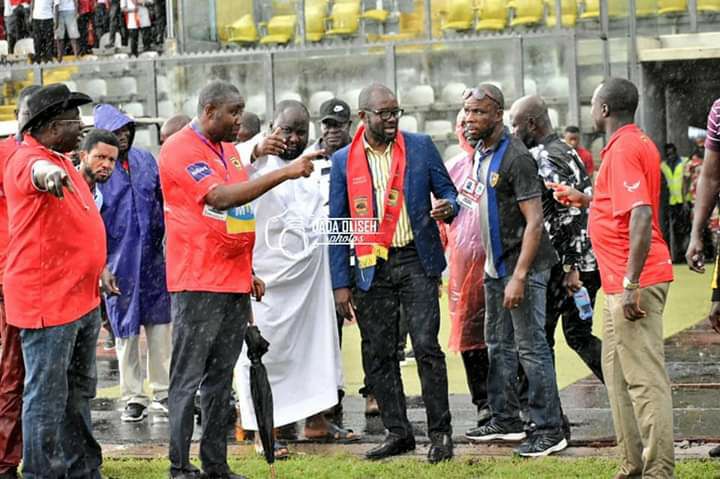 Dr Toni Aubynn is backing Kurt Okraku to succeed at the new President of the Ghana Football Association.

The Executive Council member says the newly-elected FA capo has the competence, pedigree and charisma to transform football in the West African nation.

The former Dreams FC Executive chairman stole the show after an election that required three rounds of voting.

He was given a ringing endorsement of 93 votes after his closest challenger George Afriyie threw in the towel.

And Toni Aubynn says the new President has what it takes to lead Ghana football.

"I believe President Kurt Okraku has what it takes to lead Ghana football," he told Accra-based Asempa FM on Tuesday.

"He is smart and intelligent and has the interest of football at heart. I have no doubt in my mind about his ability to lead and succeed.

"The council will be there to support him and ensure he succeeds."

The owner of top flight side Dreams FC, Okraku served on the executive committee of the Ghana Football Association under Kwesi Nyantekyi and was previously Communications and Marketing manager of Accra Hearts of Oak after graduating from the University of Liverpool with an MBA in football administration.