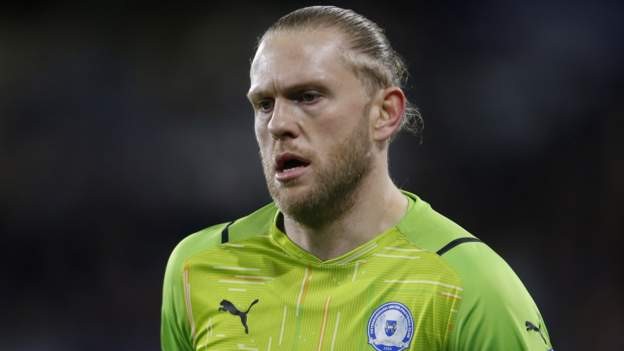 The 31-year-old Welshman joined Posh last summer and made 32 appearances during the 2021-22 campaign.

He is the second keeper signed by North End this month, following the arrival of Freddie Woodman from Newcastle United, and has agreed a two-year deal.

"He's been around the block in all different divisions," Preston boss Ryan Lowe told the club website.external-link

"He's got to push Freddie all the way, and when I met Dai he was perfect for that.

"All he wanted to do was come to a football club where he can challenge and keep competing, and that's what I want."

Cornell began his career with Swansea City and also had spells with Oldham Athletic, Northampton and Ipswich Town before joining Peterborough.

"I spoke to the manager a few weeks ago and the feeling he gave me about the club and the direction he wanted to go in, it was a no brainer," he said.