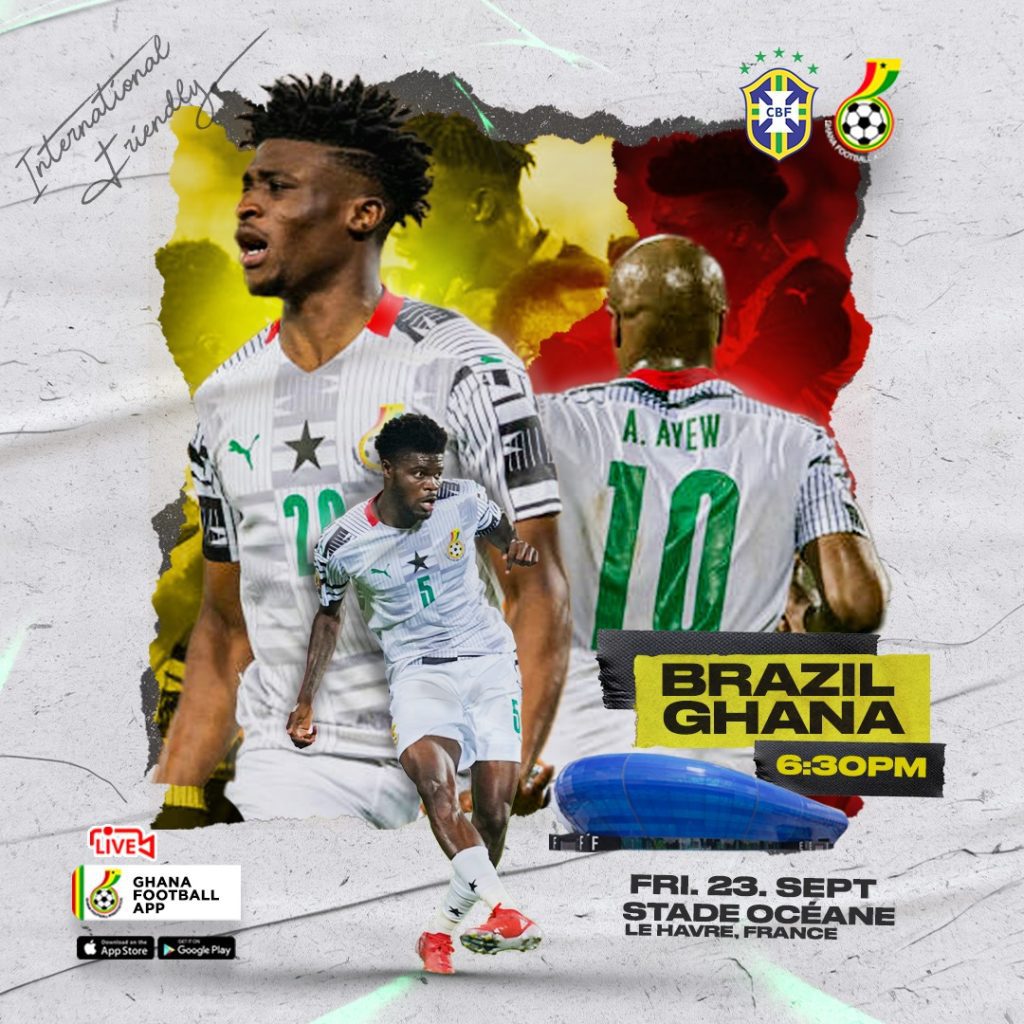 Ghana's Black Stars, the "Brazilians of Africa," will have the opportunity to showcase their dazzling football skills against the Samba Boys of Brazil in an international friendly on Friday, September 23, 2022.

The Black Stars of Ghana begin preparations against five-time world champions Brazil at the Stade Oceane in Le Havre, France, with two months until the start of the World Cup in Qatar.

This would be the Black Stars' fifth senior match against Brazil, with the Samba Boys winning all five meetings since handing Ghana an 8-2 defeat in 1996.

The Black Stars, who have never won or drawn a game against Brazil, would be confident going into this match, with Tariq Lamptey and Inaki Williams switching allegiances, and Mohammed Salisu also available for selection.

Both teams would use this game as a warm-up for the World Cup, especially Brazil, which will face Cameroon in their final World Cup group match, while Ghana will face South American opponents Uruguay.

For this match, the Black Stars have a very talented squad and can call on Ajax playmaker Mohammed Kudus, who has had a fantastic start to the season.

Partey's return to Arsenal this week would be a timely boost for coach Otto Addo, who currently has a full squad.

Inaki Williams and Tariq Lamptey appear to be at ease in camp and to have made friends with their teammates, and both would like to make their debut, as would Mohammed Salisu.

Brazil, on the other hand, are stunned by the exclusion of Arsenal's Gabriel Jesus, but they still have Liverpool's Roberto Firmino, AthMattheus Cunha, and Flamengo's Pedro to choose from.