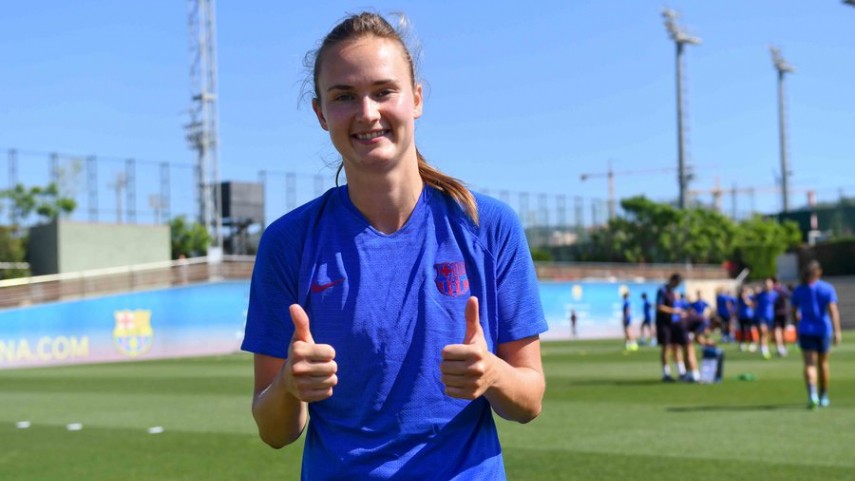 The Primera Iberdrola clubs are now fully immersed in their pre-season preparations as the time has come for the players to put in the hard yards after having recharged their batteries over the summer. This time round, many of the division's players have reported back for duty at their respective clubs with plenty of new teammates in their midst.

A particularly striking feature of this influx of new faces is the increase in the number of foreign imports set to ply their trade in the Spanish top flight in the forthcoming season. Caroline Graham Hansen is one of FC Barcelona's headline recruits, whilst the Catalans also bolstered their attacking options with the signing of Asisat Oshoala and the returns of former favourites Jenni Hermoso and Andrea Falcon.

Meanwhile, defending champions Atletico Madrid have secured the services of a raft of players who are no strangers to followers of the ladies' game in Spain. Virginia Torrecilla, who checks in from Montpellier HSC, returns to Spanish football after having previously starred for Barcelona, whilst Toni Duggan and Charlyn Corral have been brought on board to boost Atleti's goals-for column. The capital club's summer business has also seen them recruit Colombia's Leicy Santos, Ukrainian duo Olga (Ovdiychuk) and Natiia (Pantsulaia), while not forgetting the eye-catching acquisition of Sari van Veedenvaal, who was named as the best goalkeeper at this summer's World Cup.

Elsewhere, CD Tacon have made several statements of intent as they prepare for their maiden campaign at this level. The Madrilenian outfit made Swedish star Kosovare Asllani their first signing and the global icon has been followed through the door by former Colchonera Aurelie Kaci, Sofia Jakobsson and Thaisa Moreno, whilst Spanish players Ainoa Campo, who brings top-flight experience to the promoted side's engine room, and Ana Valles, an assured pair of hands between the sticks, have also joined the Tacon revolution.

The rest of the division's clubs certainly haven't been slow in making their moves in the transfer market either. Levante UD have secured the signatures of former Barcelona ace (Nataša) Andonova and ex-Atletico hotshot Esther (González). Not to be outdone, Levante's regional rivals, Valencia CF, have attracted a flurry of players of real pedigree, including the youthful Berta Pujadas, who, despite her tender years, can very much be considered as a seasoned top-flight campaigner[R1] , Flor Bonsegundo and Bea Beltran.

As we head south, it's more of the same with Sevilla FC, Real Betis and Sporting Huelva all having injected fresh blood into their squads ahead of the new campaign. Tried-and-tested perfomers in the shape of Sara Serrat, Yanara Aedo and Sabrina Flores will turn out for Sevilla next season, whilst Betis have drafted in former Rayo Vallecano stalwart Marta Perarnau and French shotstopper Meline Gerard.

Last but certainly not least, Real Sociedad managed to tie down their prolific sharpshooter, Nahikari Garcia, as well as adding Barbara Latorre and Ana Tejada to their ranks.