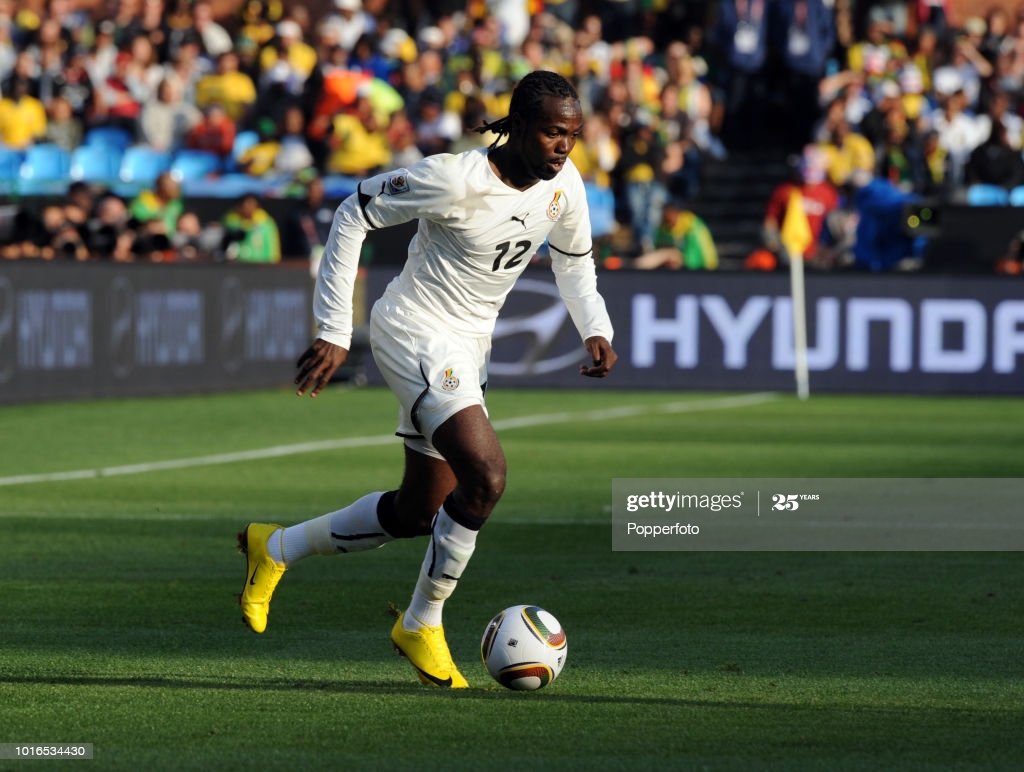 Former Ghana forward Prince Tagoe has revealed he was asked to play as a wing back at the World Cup in South Africa 2010.

The 33-year old insists he would have preferred starting from the bench because he felt uncomfortable playing as a right wing back at the tournament.

Tagoe went into the tournament as one the country's top strikers but ended up playing as a winger.

"Going to the World Cup was a big deal for me," he told Joy Sports. 'We had few issues but I think we did our best," he added.

"If we had rolled back to the World Cup, I would have loved to be at the bench and come in later or perhaps paired with Asamoah Gyan coming in," he continued.

"I was told to play at the right-wing during the World Cup. I was told that whenever we lose the ball, I should fall back and help the midfield regroup."

The former Hearts of Oak player may have not enjoyed a good World Cup but it was the best  campaign for the Black Stars, reaching the quarter finals.