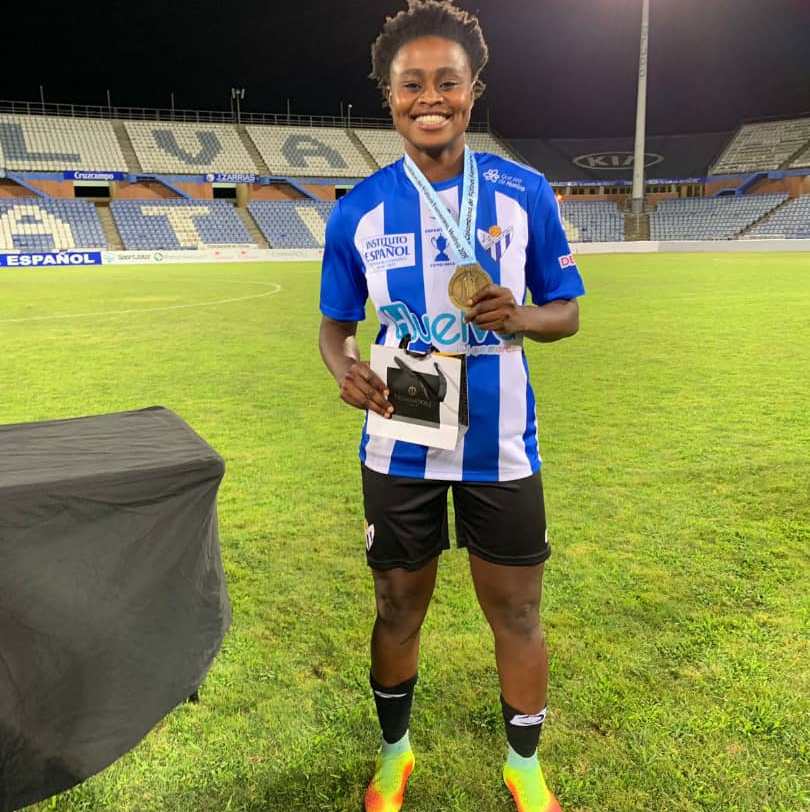 Striker Princella Adubea has won her first trophy with Sporting Club Huelva after success in the Copa Columbina Futbol Feminino.

But she was unused in the last match against CD Tacon which they won 1-0.

With two wins, Sporting Club Huelva were crowned champions of the pre-season mini-tournament.