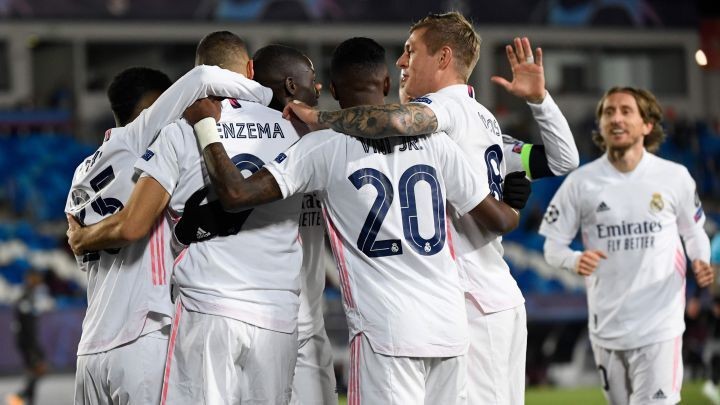 Real Madrid are playing for a 46 million euro jackpot in Europe - the equivalent of the 10% salary cut which the club is negotiating with the squad.

Going far in or better still, winning the Champions League is one of the best remedies to battle the economic crisis. Every year, Europe's top club competition dishes out 1,950 million euros in prize money to those taking part (this time UEFA are expected to reduce that figure, after their own revenue was hit by the pandemic). Even those most modest clubs who participate get a slice of the cake and it remains a vital money earner for bigger clubs - including those whose earnings have a taken a big hit. In Real Madrid's case, they still could earn 46 million euros in prize money - almost the same figure (€45 M) which the club managed to save by slashing the squad's wage bill last year and which they are negotiating to do again this season...

Champions League cash for progressing to the final

Ahead, Madrid could still rake in another 46 million euros. Every team that qualifies for the quarter finals stand to receive 10.5 million euros and those that make the semi-finals will get a further 12 million each. Reaching the final would bring in another 15 million plus an additional 4 million for being crowned champions. And that is not all because the team that lifts the trophy in Istanbul will automatically play the UEFA Super Cup which would earn both finalists 3.5 million and another million for the winner.

After that, we have to add income from the market pool distribution - a pot of 292 million euros which is given out to clubs from each country according to their position in their respective league standings the previous season and the number of games played in the current edition of the Champions League. The four Spanish clubs stand to get approximately 10% of that total. Of that, Madrid will receive  11.68 million euros for being the defending LaLiga champions and between 5 and 10 million for the games they have played in the present Champions League tournament. Potentially, that is around 85 million euros, close to the 91.7 million which Madrid had budgeted for under "friendlies and international competitions" although this season, with no pre-season friendlies, any income from that section will come only from the Champions League.