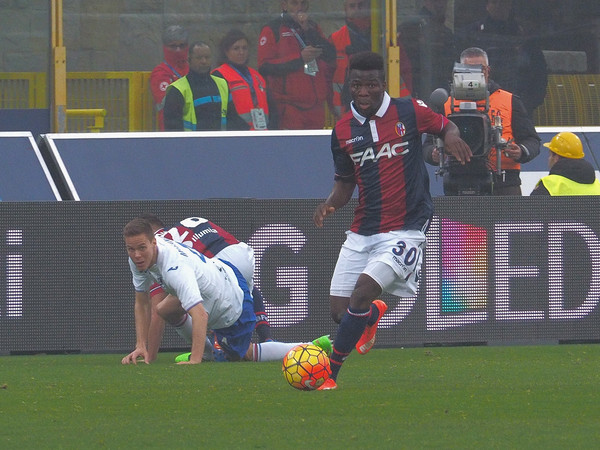 Ghana International midfielder Godfred Donsah has expressed his desire to leave the Serie A side after two years with the club.

The 21 year old defensive midfielder joined the side in 2015 from fellow Serie A side Cagliari and has featured regularly for the side during his time.

Donsah, who was part of the Black Satellites side in the FIFA U-20 World Cup in 2015, made 17 appearances for Bologna this season and was key in their fight for survival in the league.

Speaking at the 2017 Calcio Trade Ball in Accra, Donsah revealed that he was keen on a move away from Bologna with clubs like AC Milan and Hamburg reportedly linked to the player.

“I’m planning to leave Bologna, because I think there are many better options on the table. The most important thing is for both the team and the player to be happy. So if something concrete comes up it will be very important for me to leave the club.”

Donsah has won a lot of plaudits this season with Black Stars 2nd assistant Maxwell Konadu describing him as ‘one for the future’.