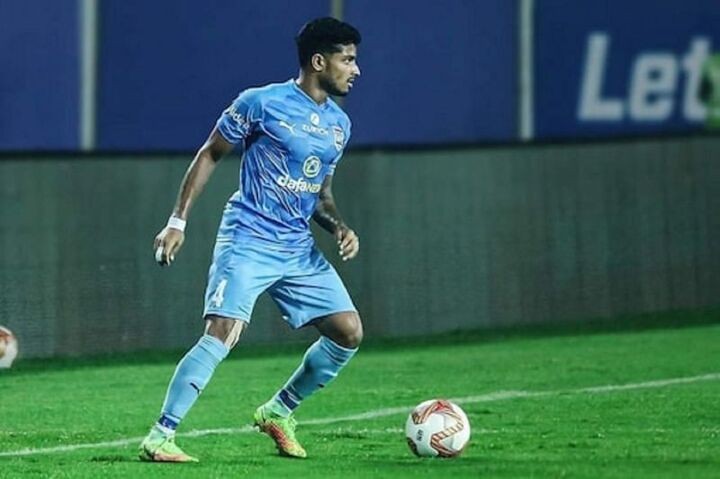 Amey Ranawade has signed a four-year contract extension with Mumbai City FC, the club have confirmed.

The 23-year-old is a versatile defender and can play in multiple positions across the backline. Primarily a centre-back, Ranawade was deployed as a right-back by Mumbai City in the recently concluded ISL season.

He featured in 20 games for the Islanders, who went on to lift the title after beating ATK Mohun Bagan 2-1 in the final.

After graduating from the AIFF Elite Academy, Ranawade joined DSK Shivajians before getting his big break with FC Goa in the I-League.

He joined Mohun Bagan in 2018, but only managed four appearances for the Mariners before returning to FC Goa. Ranawade then had a brief spell with I-League second division side Bengaluru United.

In 2020, he joined ISL side Mumbai City FC and enjoyed a fantastic breakthrough season with them. His contract extension is a natural consequence of his hard work and improvement on the pitch.

Ranawade has been given a four-year extension on his current contract, meaning the Indian defender will now officially be tied to the Islanders until the conclusion of the 2024-2025 season.

Ranawade’s role in Mumbai's historic "double-season" has been significant, with the 23-year-old helping the team win both the ISL League Winners’ Shield and the ISL trophy.

He will be gunning for more success with Mumbai City, who will be preparing for their maiden campaign in the the upcoming 2022 AFC Champions League.

Ranawade was a happy man after signing the contract extension. The young defender, who primarily played as a full-back for head coach Sergio Lobera Rodríguez, said:

He also expressed his gratitude to Lobera for believing in his potential and added: