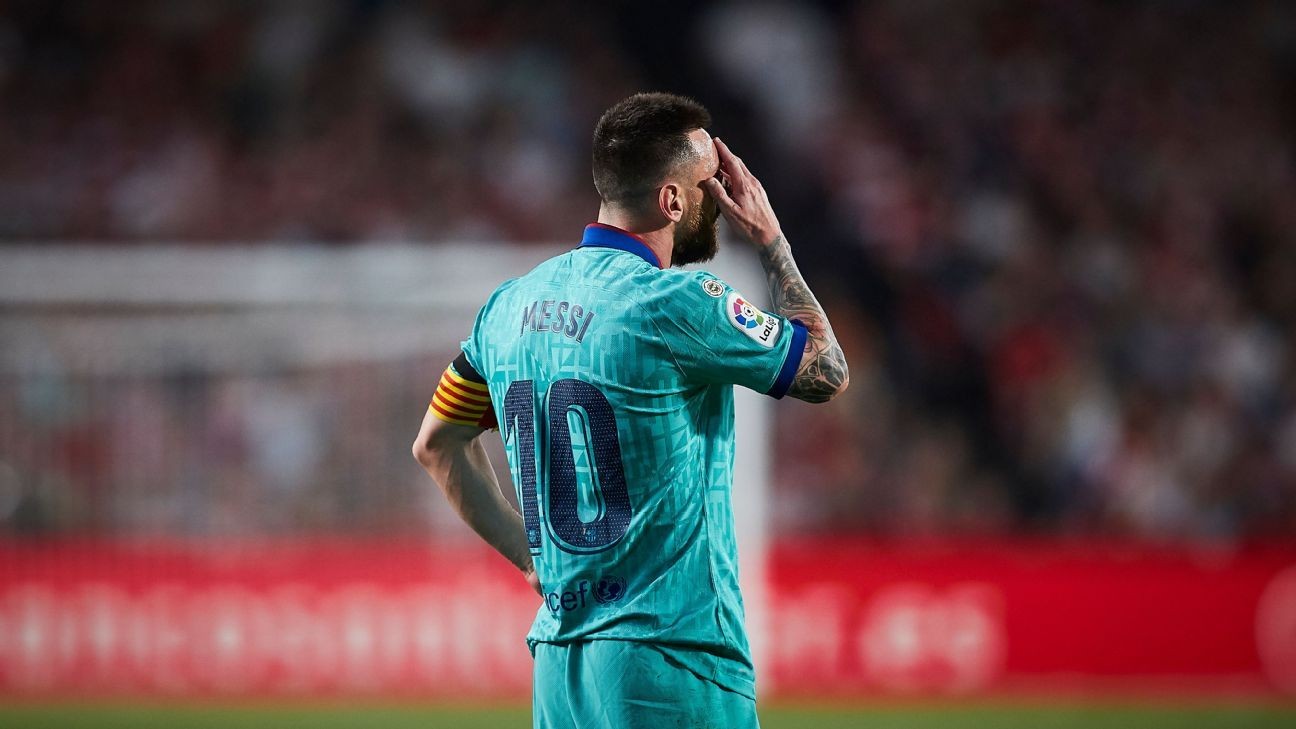 Promoted Granada moved into first place in La Liga after a convincing 2-0 win over Barcelona on Saturday took them to 10 points and into a tie with Sevilla in top spot.

The hosts, who had only beaten Barca once in their last 20 meetings, took an early lead when Ramon Azeez headed home from close range to make it 1-0 in just the second minute.

- VAR and handball: How it works
- ESPN La Liga fantasy: Sign up now!
- When does the transfer window reopen?

Lionel Messi, still working his way back to full fitness and playing in his first La Liga game of the season so far, was brought on at half-time for Carles Perez to help Barca find their way back into the game.

However, it was Granada that would score again when a handball in the penalty area was called on Arturo Vidal and Alvaro Vadillo converted from the spot after a consultation with VAR confirmed the ruling.

Barcelona have now gone five straight away matches in La Liga without a win, with the result leaving them in seventh place in the table after Granada leapfrogged them into first thanks to the three points on the night.