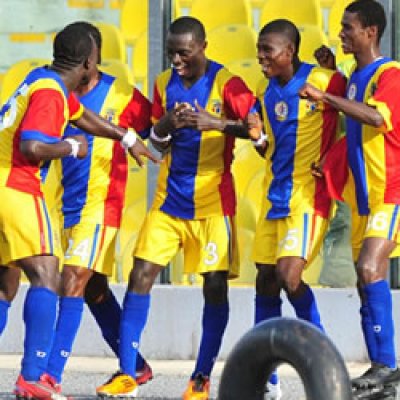 Ghanaian Prophet Joshua Awuah Kwaku Jnr says Hearts of Oak's recent slump is as a result of the presence of star-midfielder Laryea Kingston.

The Phobians have won just one game in the second round of the Premier League, giving rivals Asante Kotoko a staggering nine-point lead at the league's simmit.

And the Akumadan-based prophet nicknamed 'Odeefour Paemuka' insists players within the club are furious over the preferential treatment given to the ex Lokomotiv Moscow player andÂ don't want the progress of the team for him to claim all the credit.

He however says a spiritual cleansing process to beÂ administeredÂ by himself is required to get the team back on track.

"The players are spiritually working against the team's success," he told Accra-based Hot FM.

"They don't want the team to win for Laryea (Kingston) to claim all the glory.

"Management should lead Laryea and some selected players to me so I am able to deliver them from this predicament.

"Failure to do so means their slump will only worsen."

The supporters have since asked management to dispense with the services of the Serbian trainer who believes he is the right man to take the club forward.

A decision over the future of the coach is however expectant by the weekend.