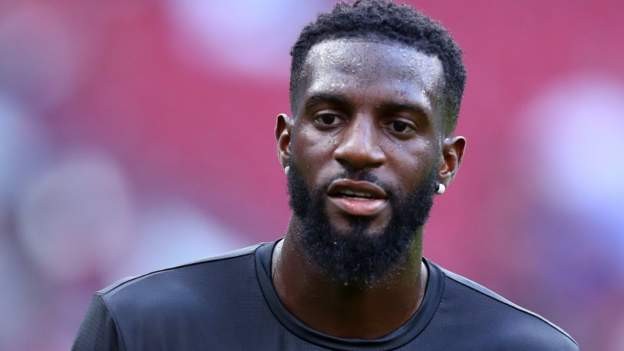 Bakayoko is on loan at AC Milan from Chelsea

Bakayoko also claimed team-mate Franck Kessie was subjected to the chants in a Serie A game which AC Milan won 2-0.

"The federal prosecutors' office has opened an investigation against Lazio following the complaint by AC Milan," said the Italian Football Federation.

Italian prosecutors are examining video footage from the game.

"To some Lazio fans and their racist cries towards to me and my brother Franck Kessie. We are strong and proud of our skin colour," said Bakayoko on Instagram before the investigation was opened.

"I have my all confidence in our club to identify them."

AC Milan have won their opening three Serie A games this season and face Juventus on Sunday.

Bakayoko joined Milan on a two-year loan in August.

Can Alex escape his family's criminal past? McMafia is streaming now on BBC iPlayerConcussions and rugby: What is the long-term impact of taking so many hits?