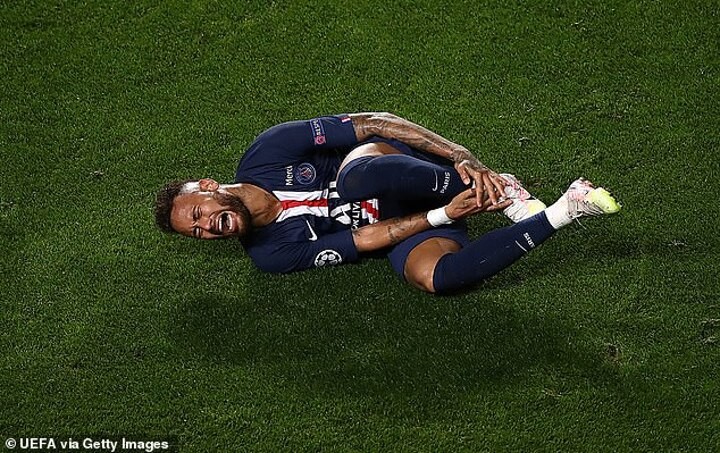 PSG assistant Zsolt Low has defended Neymar from accusations he is a diver, bizarrely claiming the Brazilian forward has 'incredibly sensitive feet' and is left in agony when he is fouled.

The former Barcelona star has a reputation for playing things up on the pitch and has been seen rolling around on the turf after a handful of challenges in Ligue 1 and the Champions League.

But Low, right hand man to PSG boss Thomas Tuchel, leapt to Neymar's defence, pointing out that he suffers with an issue in his feet that has plagued him for most of his career and brushing off accusations that he overreacts.

'Neymar has incredibly sensitive feet,' he told Bild, via Goal.

'If he is kicked, it gives him extreme pain.'

The 28-year-old, who led the Parisiens to the Champions League final and domestic treble last season, has previously been slammed for showboating in the French top division with his attitude called into question too.

But Low said he was simply misunderstood - describing him as a 'warm guy' who is painted as 'arrogant', and insisted he would always try to play on if possible after being impeded.

'Neymar is a warm guy, very open,' he added.

'Of course it sometimes seems arrogant what he does on the pitch. But if he is fouled, then he tries to dribble past his opponent at the next opportunity.

'That is his way of responding to the harshness.'

Since joining PSG for a world record £220m in 2017, Neymar has sought to become the world's best player and has netted 72 times in 92 appearances. Things have not always gone smoothly for him at the Parc de Princes and fell out with supporters in the last campaign after being linked with a return to Barcelona.

His spell in Paris has also blighted by injuries. Last season he managed 19 in all competitions after being sidelined at the start of the campaign.

This season his progress has been similarly hampered and has been ruled out for the last few weeks with a groin issue. When asked if Neymar could return for the club's Champions League game against Leipzig, Low said there was a chance but admitted their star man was not fully fit.

'He's not yet at 100 per cent. But we need him with his experience and his quality.'