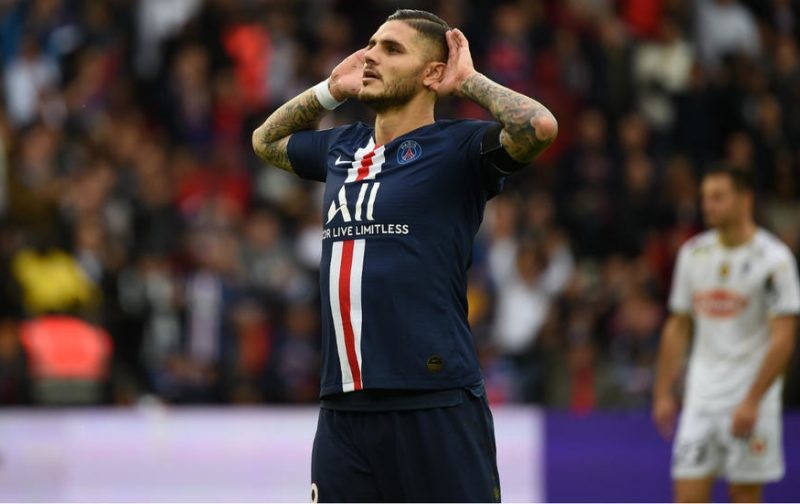 Paris Saint-Germain remain optimistic that they will be able to sign Mauro Icardi, currently on loan from Inter, on a permanent deal.

After a tumultuous relationship with the Nerazzurri hierarchy, the prolific Argentine striker was loaned out to PSG last summer to make way for the arrival of Romelu Lukaku from Manchester United. Having struck 20 times in 31 appearances this season, the French champions are keen to retain Icardi and La Gazzetta dello Sport suggest that they are confident of bringing down the agreed fee of €70 million to make the move permanent.

After seeing an initial €50m offer rebuffed, Les Parisiens believe Inter would be willing to settle on a deal worth €60m plus performance-related bonuses.

However, the agreement struck last summer must be activated before 31 May and PSG face a race against time to seal a move for Icardi, or face starting negotiations with both player and Inter from scratch.

Icardi hit 124 goals in 219 appearances for the Nerazzurri but was stripped of the captaincy in February 2019 and was left out of the club’s summer tour, before being sent to PSG in August.