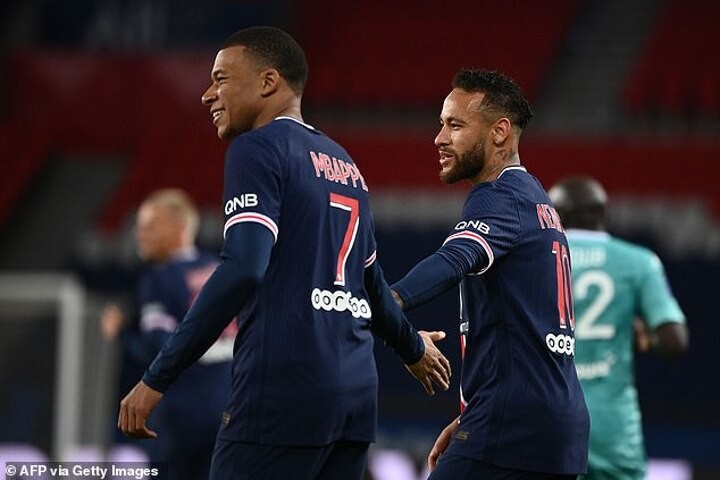 Paris Saint-Germain are reportedly considering selling Neymar next summer in order to help fund a new contract for Kylian Mbappe.

Neymar and Mbappe see their current deals expire in the summer of 2022, and PSG want to keep both of them.

However, as reported by L'Equipe, PSG may not have the financial resources to retain the services of both players and as a consequence Neymar may end up departing the club.

Neymar earns €24million (£21.4million) net per year, which is one of the most lucrative contracts in Europe.

In order to keep Mbappe PSG would have to offer the France international a substantial new deal.

Real Madrid are eager to sign the 21-year-old and PSG will do all they can to try and keep him.

Mbappe has continued to impress this season - he has scored nine goals in seven Ligue 1 appearances, while he has provided five assists.

Neymar, meanwhile, has scored twice and set up three goals across five league games, with his start to the season having been disrupted by injury and suspension.