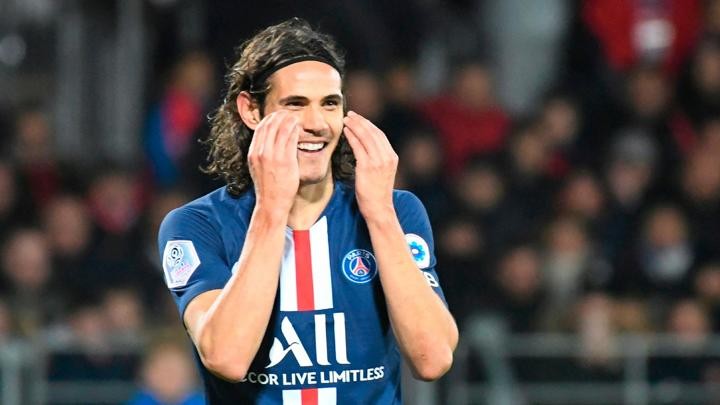 Edinson Cavani has asked to leave Paris Saint-Germain this transfer window, the club's sporting director Leonardo has revealed, adding that the club has already turned down an offer from Atletico Madrid.

Speaking after PSG triumphed in the Coupe de France against Lorient on Sunday, Leonardo admitted that Cavani's future was now up in the air - but that any offers made would have to match the club's valuation after they turned down Atletico's bid.

"We always said the same thing for Cavani," he said. "We hoped that he would stay at the club. Today, he asked to leave. We are studying the situation.

"We had a proposal from Atletico Madrid. We did not have a proposal worthy of the player's worth. [But] I'm not sure Cavani will be here in February.

"Today, there is nothing [to say he will leave]. But he has made the proposal to leave. We've never thought about selling him before.

"We will see how it turns out in the coming days, but we are listening to Cavani because we respect him. It's a little clearer now, with him at the end of his contract."

Leonardo admitted that while there were options to cover the 32-year-old's potential exit, there would be no rushed decisions made about the player's future.

"We have players who can play everywhere," he added. "There are many alternatives. [But] it's hard to replace a player like Cavani. We must decide with lucidity.

"Like I said, we never thought about [selling him], but we are listening. The most important thing is balancing everybody's desire.

“You can't influence the [rest of the] group either. We [and Cavani] have always spoken with a lot of peace. We are talking about a story of six and a half years between us, not a week. There is a lot of respect between us."