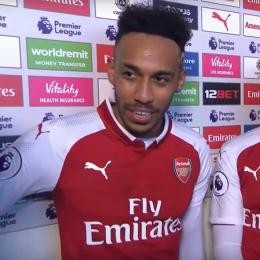 Likely to leave Arsenal, after two seasons and a half in, and a very successful tenure score-wise, Gabonese international striker Pierre-Emerick Aubameyang (turning 31 on June 18), according to Daily Mirror, is growing into more and more of a major market target for Paris Saint-Germain. To this end, Ligue 1 defending champions, planning to bring him into the French football scene, after a 7-year long absence, are lining out an about 40 million euros opening bid, even regardless of Mauro Icardi's buy-back talks. Former Dortmund hitman, currently captaining Gunners, is still tracked by a bunch more clubs, including Barcelona FC, Inter Milan, and Manchester City.