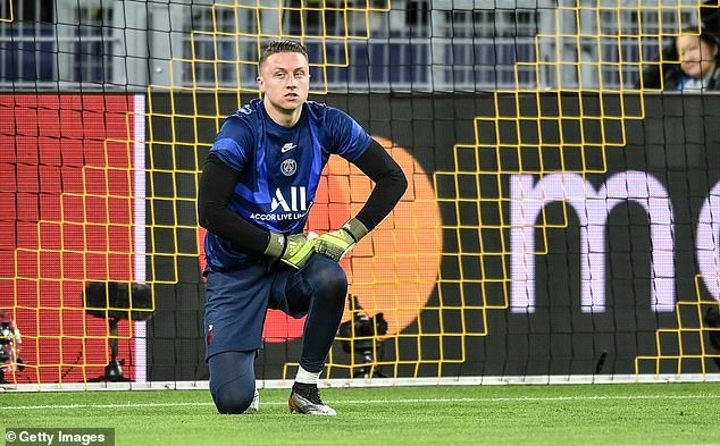 Paris Saint-Germain goalkeeper Marcin Bulka was fortunate to emerge unscathed after he crashed a yellow Lamborghini worth £200,000 near his home in Poland.

The 20-year-old, who returned to Poland to observe the lockdown for the coronavirus pandemic, crashed near his hometown of Wyszogród, Warsaw, and pictures emerged on social media on Thursday of the car seriously damaged.

Bulka had rented the luxurious Lamborghini Huracan Evo Spyder but when attempting an overtake manoeuvre, crashed into an oncoming car.

Bulka, the driver in the other car and a passenger were all taken to hospital for examination before being released, according to WP Sportowe Fakty.

Images that emerged from the scene, which according to reports in Poland was around midnight near his home, showed the car behind towed away on the back of a pick-up truck.

The incident did not go unnoticed by the head of the Polish Football Association.

Current head of the FA, Zbigniew Boniek, alongside pictures from social media of the crash, tweeted: 'The question is what will he drive when he starts playing?'

The 20-year-old moved to PSG in 2019 having spent three seasons in England with Chelsea.

He moved to Stamford Bridge from FCB Escola Varsovia but never went on to win a place in the first team.

Bulka has made one first team appearance for PSG in Ligue 1 and is under contract until June 2021.