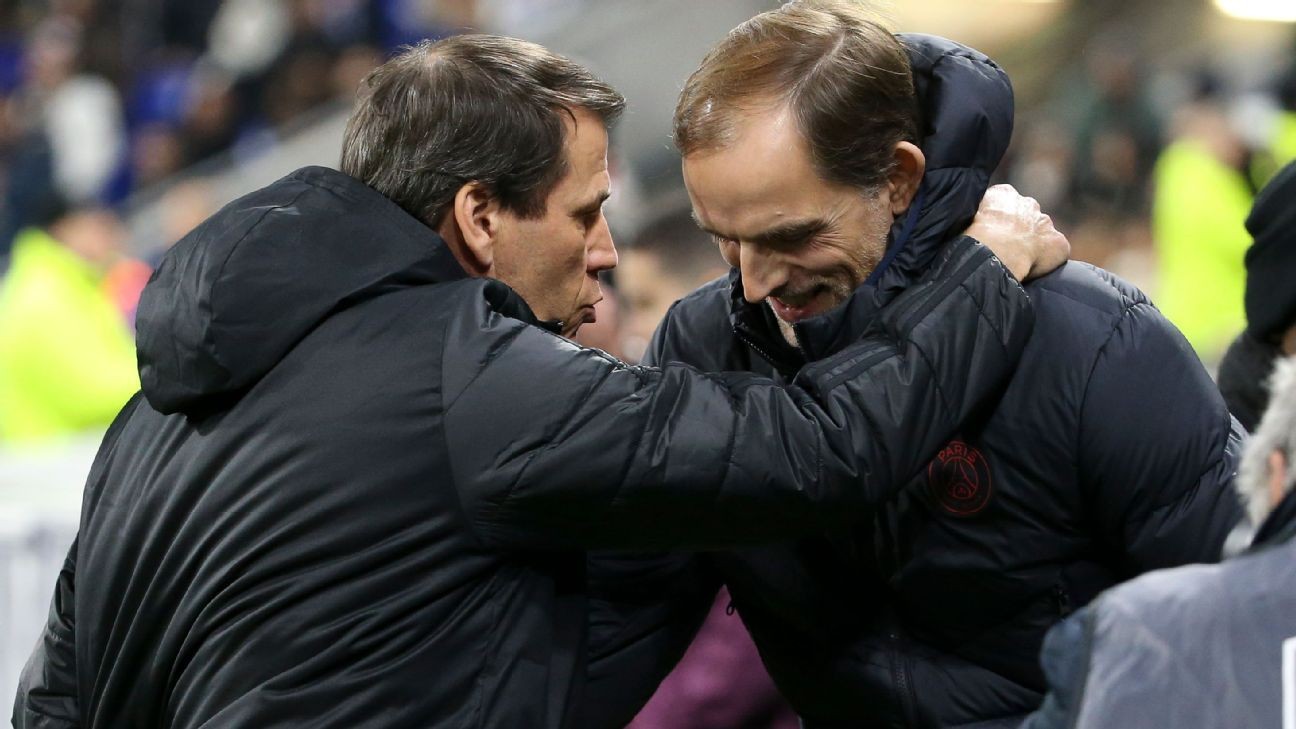 Football can be a brutal world, one in which success as a manager doesn't really guarantee you much. It's a sport in which credit in the bank doesn't come easy, and where stability is hard to come by, regardless of who you are, where you come from, what you have achieved or where you just finished the year before.

Rudi Garcia and Thomas Tuchel are too intelligent and street-wise not to know this. After all, August was their month, their moment of glory. Garcia took Lyon to their first Champions League semifinal in 10 years and only the second in their history, beating Juventus and Manchester City along the way. Tuchel went one step better, taking Paris Saint-Germain all the way to the final, somewhere they'd never been before. So close to the grail, yet so far.

Despite both losing to Bayern Munich, the two managers came out winners from this extraordinary Champions League conclusion in Lisbon. They led their teams well, made (mostly) the right choices and their tactical ideas (mostly) worked. Despite the disappointment of not going all the way, there was certainly a sense of pride and of "job done" from them. Yet it feels like it was an eternity ago because since then, they've both crashed back down on earth and the pressure is building on them almost like never before.

Combined, Garcia, 56, and Tuchel, 47, have only won three of the eight games their teams have played so far this season. The Champions League seems really like a distant memory now. Almost like it happened in a different life.

It's still early in the Ligue 1 season, but PSG are eighth in the table after losing to promoted Lens (1-0) and, more importantly, at home in a nasty Classique against arch-rivals Marseille (1-0). They'd not been defeated by l'OM in a decade, meaning Tuchel will always be the manager who lost to Marseille and brought the unbeaten run to an end. Despite two victories in their last two games (Metz and Nice), it's not good enough so far from France's top club, both in terms of results and harmony.

For Lyon, it's even worse. They are 12th after two boring draws against Bordeaux (0-0) and Nimes (0-0) and a loss at Montpellier (2-1), with their 4-1 win against Dijon needing two penalties and an own goal.

The football produced by both teams has been poor. There is no collective unity, and no real patterns of play from either manager. Both Garcia and Tuchel have looked clueless since the start of the season and passive on their benches.

Garcia, left, and Tuchel, right, are facing unfair criticism for Lyon and PSG stumbling out the blocks to open the 2020-21 season. Jean Catuffe/Getty Images

Of course, there have been mitigating circumstances for both managers. At PSG, they had seven players test positive for the coronavirus (Kylian Mbappe, Neymar, Keylor Navas, Mauro Icardi, Leandro Paredes, Marquinhos and Angel Di Maria), injuries (Juan Bernat, Idrissa Gueye, Marco Verratti) and suspensions incurred in the final minutes against Marseille (Neymar, Paredes and Layvin Kurzawa).

At Lyon, there is huge uncertainty over the future of Memphis Depay, Houssem Aouar and Moussa Dembélé, all of whom want to leave the club despite there being no substantive offers on the table. Aouar, who is their best player, tested positive for the coronavirus as well, in addition to getting sent off in the defeat at Montpellier!

All of that is neither Tuchel nor Garcia's fault but, nevertheless, fans don't care. Both sets are unhappy. At the Parc des Princes, they feel that the team is relying too much on the individual brilliance of Neymar and Mbappe without a genuine Plan B should they be unavailable or out of form. There is no identity to this team apart from the talent of Di Maria, Neymar and Mbappe.

In Lyon, the fans blame Garcia for the team missing out on European qualification for the first time in 25 years. With the players at his disposal, he should have done better than finishing seventh in Ligue 1 last season even though it was due to a shortened season: France was the only one of the top five European leagues not to resume after the coronavirus pandemic. Because of Garcia's past as Marseille manager from 2016-19, they've never really liked them anyway, perhaps always looking for reasons to complain.

Their respective players aren't too content either. Sources have told ESPN FC that the popularity of the Paris manager is quickly decreasing in his own dressing room. Had Julian Draxler not scored a very late winner at home against Metz, three days after the Marseille loss, there are strong allegations Tuchel could have been sacked. In Lyon, Garcia has had issues with some of his key players too.

What about the two sporting directors?

In Paris, it's no secret that Leonardo doesn't have great relations with Tuchel. The Brazilian didn't choose the German, who arrived under Antero Henrique and has just one year left on his deal -- there's also no desire at the moment on the club's side to extend his contract. Sooner or later, there is a feeling that Leo will put one of his guys in place, like Max Allegri, while Mauricio Pochettino is still waiting in the shadows as well.

Could a change of managers happen during the season or at the end? It will depend on the results but one thing's for sure, Tuchel has no margin for error anymore.

In Lyon, there's a different dynamic. Sporting director Juninho chose Garcia himself. They have a good relationship and Lyon don't usually get rid of their manager halfway through a season. (That said, they did it last year when Sylvinho was sacked after two months.) Like Tuchel, Garcia's contract expires at the end of the season and he's already said that he would like to stay in Lyon "forever." Again, it will all be down to results.

Lyon travel to Lorient this week and then face Marseille. No wins in these two matches and the pressure on Garcia could already be unbearable.