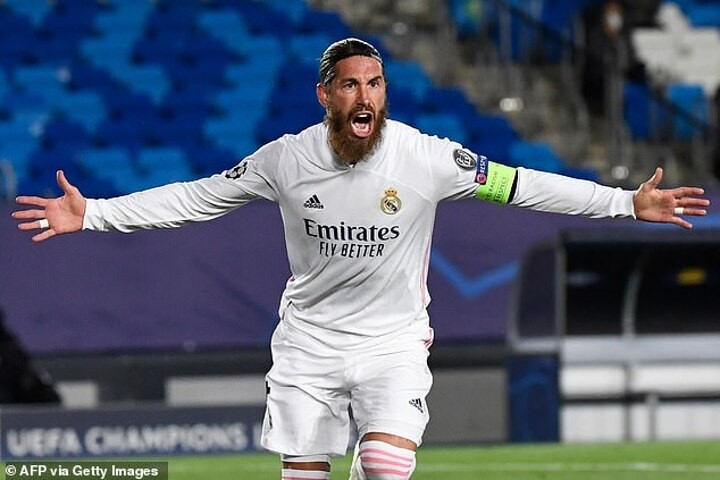 PSG have reportedly made initial contact with Sergio Ramos with the ex-Real Madrid captain now a free agent following the expiration of his contract.

The 35-year-old, who won 22 trophies during a prosperous 16 years at the Bernabeu, confirmed last week that he had missed the expiry date to agree a one-year extension and thus his time in the Spanish capital was over.

Now, Goal are reporting that Paris Saint-Germain lead the race for the Spanish World Cup winner, with several conversations having taken place in the past week - but no contract has been offered as of yet.

The report also details that two Premier League clubs and a Serie A side are interested in signing Ramos on a free transfer.

In the past, continental giants such as Manchester United, Chelsea, Man City, AC Milan, Roma, Juventus and Inter Milan have all been linked with a move for the 35-year-old.

Ramos is free to negotiate his next move while many players are busy representing their country at the European Championships.

Defensive linchpin Ramos was surprisingly left out of Luis Enrique's Spain squad for the tournament, who are yet to win after two matches.

At his farewell press conference, Ramos simply ruled out Barcelona as his next club, and said a return to Sevilla was not something currently on the table.

'The important thing is not where you are, it's with who,' he said.

'We haven't thought at any time about any other club. Since January, when I've been on the market, we've had a few calls, but we never thought about leaving Madrid. From here we'll look for a good option for me.

'Sevilla is the other club in my heart where I had a great time, but at the moment there is nothing on the table about going back. As for Barcelona... impossible. You will never see Sergio Ramos in a Barcelona shirt.'

The news comes on the same day that PSG were linked with re-signing Brazilian defender David Luiz on a free transfer after the end of his Arsenal contract.