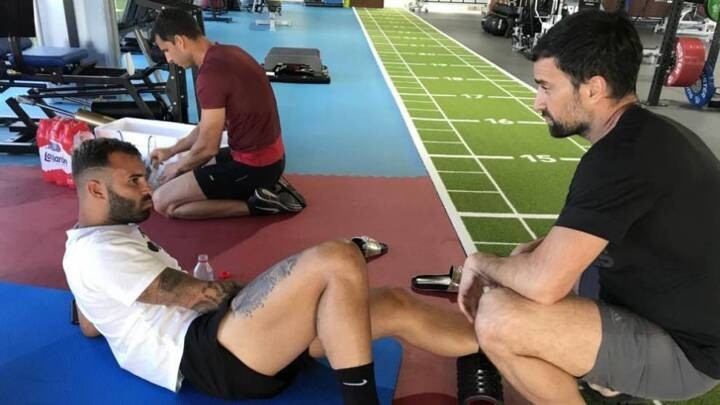 Thomas Tuchel does not count on Jese Rodriguez and Paris Saint-Germain are trying to reach an agreement with the player's representatives to terminate his contract.

The Spanish striker hardly gets any playing time at PSG this season and the club consider his salary, which is set at 3.5 million euros, to be very high.

PSG confirmed to MARCA that this decision has nothing to do with Jese's affairs off the pitch, while Cuatro reported that the club are tired of the news published in the media about his personal life and especially his relationship with current partner Aurah Ruiz.

Jese's contract comes to an end in 2021, but Le Parisien maintain that the two parties are willing to reach friendly agreement, which has been negotiated for some time.

After several loan spells elsewhere, Jese returned to PSG this season and even played 16 minutes in their Ligue 1 opener and another six minutes in October.

However, he has not featured for the French side since and he is not expected to be called up again for the upcoming games.

In fact, the last time Jese appeared on TV was in a reality show which his partner participated in, where the pair spoke about their relationship and her son, Nyan.

"It is the first time in history that a footballer does this," Jese commented later on.