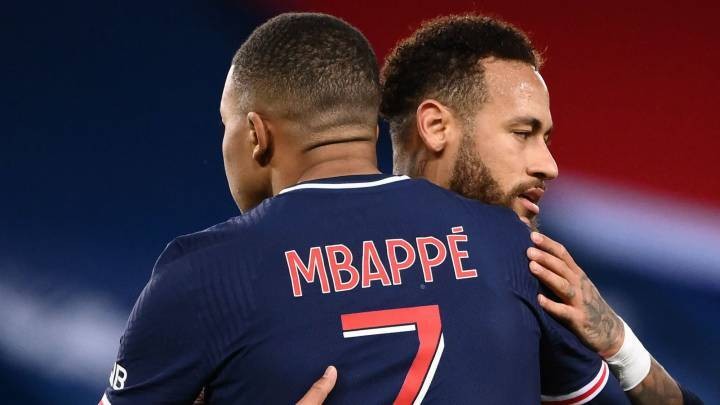 Leonardo and PSG have made Kylian Mbappé's contract extension a priority even though the Brazilian forward is in the same situation.

There are certain manoeuvres which club make which are clear indications about their short-term strategy. In the case of PSG, the latest gesture by Director of Sport Leonardo can be taken as confirmation that the club are 100% focused on renewing Kylian Mbappé's contract. That in itself might not seem like a new development but for one small detail - their contrasting stance on Neymar, who is under contract until June 2022 - exactly the same situation as the French striker.

Mbappé however, remains very much is in Real Madrid's plans for next season and that is why Leonardo has put Neymar's situation onto the back burner - even though the Brazilian is still number one in terms of the pecking order within the dressing room and a player whose ego needs pampering. PSG must be completely determined to battle to keep Mbappé even if it means risking stability within the squad. The French club plan to go all out to keep Mbappé as they know that the possibility of him leaving the club next summer is not just a rumour.

To keep Mbappé, Leonardo won't just have to battle against the interest from the Spanish capital and Liverpool. Renewing his contract, which if it happens would be more of a sign of commitment than an issue which needs to be resolved urgently, is unlikely to go ahead until there is a change in the order of status in the squad. Mbappé considers his 'trial period' is now over. In the next stage of the club's project, he must be viewed as the central figure. But that clashes with Neymar's star status in Paris. And that is why Leonardo has started to prioritise the French forward who he hopes will be the main man at PSG, not Neymar.

Today, L'Équipe report that in his favour, Leonardo has the backing of the player's father, who is all for his son signings a contract extension. Mbappé's parents have a big say in what he does although it will be the player who has the final say. For the time being, the meetings will continue but Leonardo has yet to receive a reply from the player, who feels he is in no rush to make a decision which he might end up regretting in May. In this situation it is Mbappé who is in control and he knows that the only outcome which interests him is one which favours him.