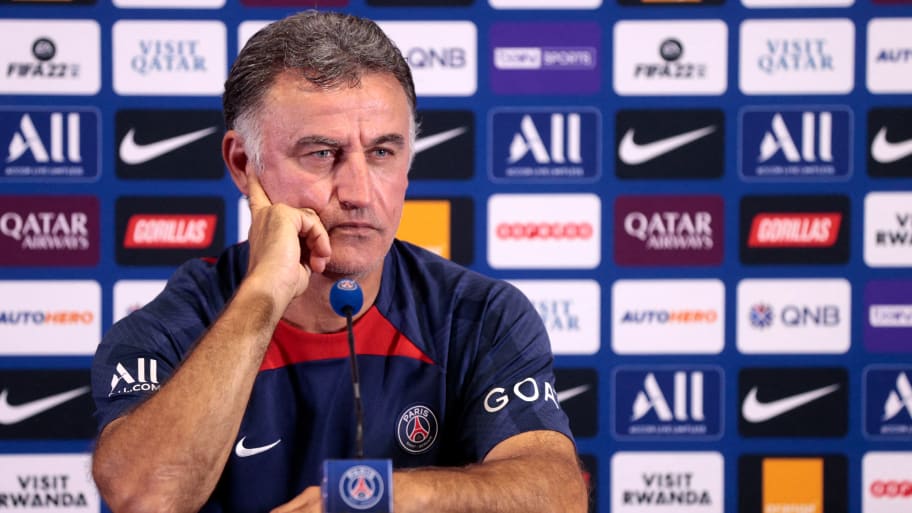 PSG have already secured deals for Vitinha, Nordi Mukiele and Hugo Ekitike, the latter on loan, as well as making former loanee Nuno Mendes a permanent member of the squad.

Renato Sanches will imminently become the fifth transfer of the summer when he completes his €15m transfer from Ligue 1 rivals Lille, who he helped steer to the title in 2021.

But PSG don’t want to stop there, with Galtier confirming he wants ‘three’ more arrivals. However, things won’t necessarily be straightforward or without complications. The club is still thought to be chasing a centre-back, midfielder and striker to strengthen right through the spine of the squad.

“But then you have the difficulties of the transfer window,” the new coach explained.

“I know that the president and the sporting management are working very hard on it.

“We’re not here to stockpile players, I want a certain number of players in my squad, players who are close to each other in terms of their level, to be able to perform across the season and create a healthy level of competition. Whether these players will arrive soon, later or not at all, I don’t know. I know that the club is doing everything to have a very competitive squad.”

This article was originally published on 90min as PSG still want 3 more new signings this summer.