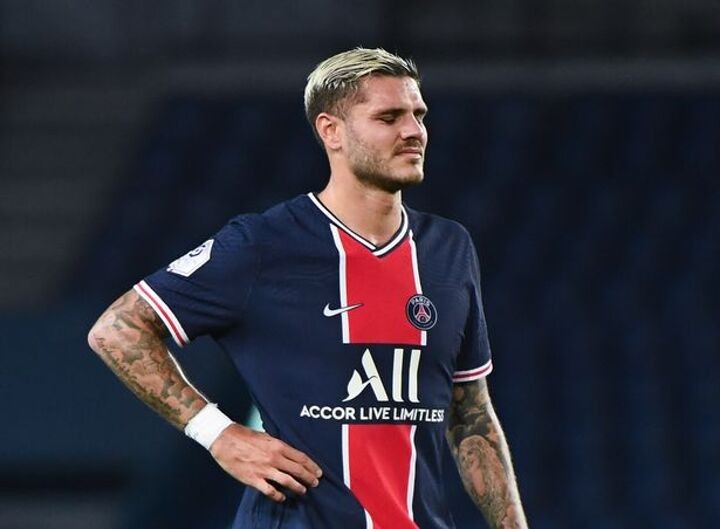 Paris Saint-Germain are set to launch a clearout of their squad following their failure to reach this season’s Champions League final.

Striker Mauro Icardi will be among the players put up for sale by the Parisians, with German international defender Thilo Kehrer and Spanish midfielder Pablo Sarabia also to be made available.

The details are outlined by a report in Le Parisien, and cited by Diario Sport, which claims the French champions are intent on slimming down their wage bill this summer.

It is claimed that the club have been hit hard financially by the Covid-19 pandemic and are expected to record losses of €300million (£260million) this campaign.

The decisions have been accelerated by the club's disappointing elimination in the semi-finals of the Champions League by Manchester City this week.

Icardi is the highest profile of those up for sale, with the Argentine striker only moving to the French capital a year ago in a £52million move from Inter.

The 28-year-old - who also spent last campaign on loan at PSG - has scored 32 goals across 58 appearances for the club but is among those who new boss Mauricio Pochettino will not resist a departure.

As with Icardi, former Sevilla midfielder Pablo Sarabia has a contract through to 2024 and is unlikely to be short of suitors despite being limited in playing time this campaign - starting just 13 Ligue 1 matches and only once in the Champions League.

Full-back Kehrer - who has been capped nine times by Germany - is also available having joined from Schalke in 2018.

There are still question marks over a number of other first-team squad players too; Moise Kean is set to return to parent club Everton this summer while it is not expected that PSG will take up their option to sign Alessandro Florenzi permanently from Roma.

Another player whose future is uncertain is Dutch left-back Mitchel Bakker - despite making 38 appearances this campaign - and Rafinha Alcantara, who joined from Barcelona last summer.

It is claimed that Colin Dagba and Abdou Diallo will take the starting full-back positions in Paris next campaign.

PSG - who are currently second to Lille in the Ligue 1 title race - are thought to be hopeful of a move to sign Lionel Messi when his contract at Barcelona expires this summer, while are hopeful of new deals for star attacking duo Kylian Mbappe and Neymar.