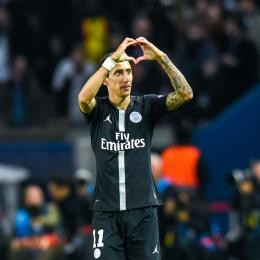 According to Le Parisien, Argentinian international attacking midfielder/winger Angel Di Maria (32), playing for PSG since 2015/16, made up his mind about the ongoing deal with French giants, and decided not to with a deal extension. Meant to turn free agent therefore, once current season's over, former Real Madrid and Manchester United player might be pursued again by many clubs around, including Juventus, Inter Milan, and Napoli.