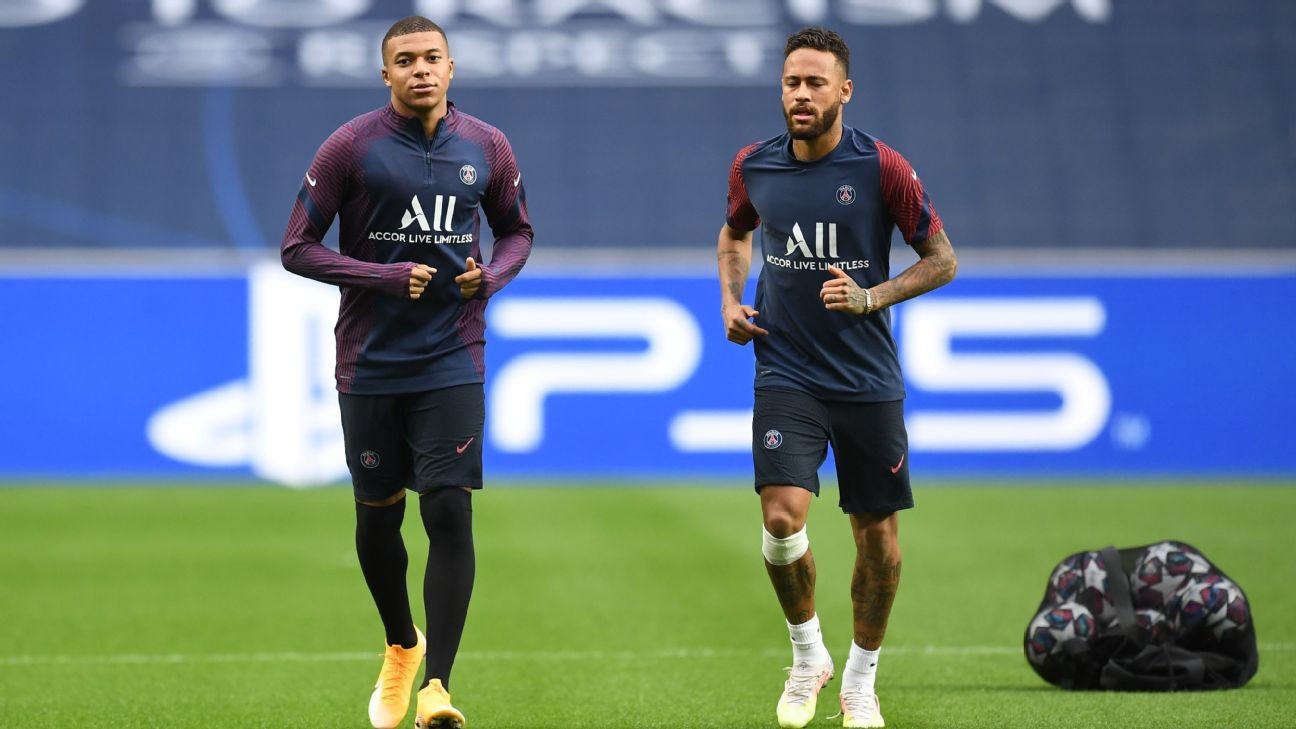 PSG president Nasser Al-Khelaifi has said that both Neymar and Kylian Mbappe would stay in Paris next season and that "they will never leave these two."

The two superstars were instrumental in PSG's 2-1 comeback win over Atalanta in the Champions League that saw the French club reach the semifinals of the competition since 1994-95.

Both players are under contract until June 2022 and PSG will try to convince them to sign new deals in the fall and extend their stay in the French capital. Neymar has been a target for Barcelona for a year now while Mbappe is wanted by Real Madrid.

However, according to Al-Khelaifi, neither of them will leave this summer.

"Mbappe and Neymar are amongst the best players in the world, maybe in the top-five or even top-three," Al-Khelaifi told French TV station RMC Sport. "Neymar was the man of the match, he had a great game. We have found Neymar in the last three months, he has changed a lot of things in the team. I felt something special."

The PSG president, who is very close to the Qatar Royal Family who owns the club, doesn't want to get carried away, though.

"It is very special to reach the semifinal for the first time [since the takeover of the club in the summer 2011]," said Al-Khelaifi. "We will celebrate the win tonight but as soon as tomorrow, we will focus on the semifinal. Our objective is still very far, but we are not thinking about the final, just the semifinal."

He also highlighted how important this win was to change people's view of the club.

"It is very very important to change the mentality," he said. "You, as well the media: everyone has a doubt about Paris. Today, we proved that we could go further, it was a magnificent scenario.

"I am really proud and I want to thank everyone, the players, the manager. After the league was stopped, everyone said that we were not ready for this Champions League, but we showed great mental strength with great players too."