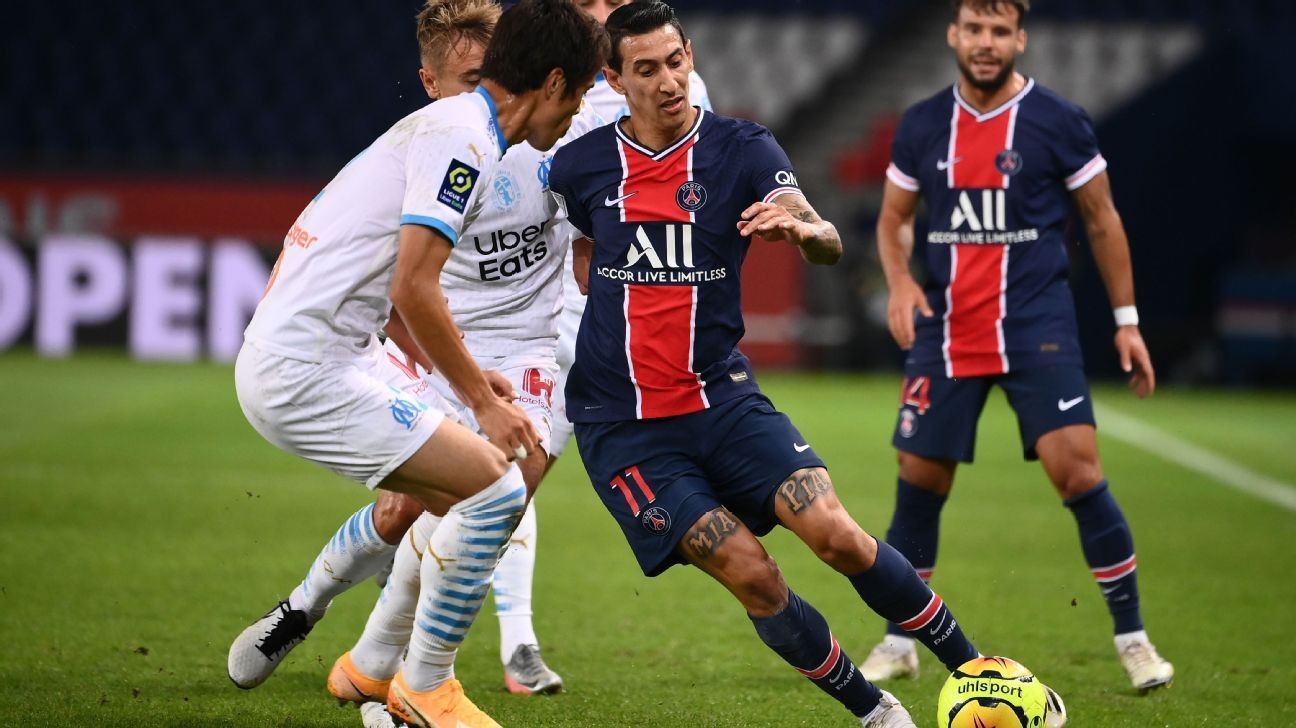 Paris Saint-Germain winger Angel Di Maria has been given a four-game suspension for his behaviour during the ill-tempered 1-0 defeat by Marseille this month, the French league said on Wednesday.

Di Maria escaped punishment for the brawl in the last minute of the Ligue 1 match which led to PSG's Neymar, Leandro Paredes and Layvin Kurzawa being sent off. Marseille's Dario Benedetto and Jordan Amavi were also dismissed.

Di Maria was the subject of an investigation for his role in the melee, however, after Marseille coach Andre Villas Boas said the Argentinian had spat at one of his players.

The league statement did not say what Di Maria had been punished for. His suspension comes into effect from next Tuesday, meaning he is eligible for Sunday's trip to Stade de Reims but will miss games against Angers, Nimes, Dijon and Nantes.

An incident between Neymar and Marseille defender Alvaro Gonzalez is also under investigation and the league will make a decision after its next disciplinary meeting on Sept. 30.

Neymar was given a two-game ban for slapping Alvaro on the head, later accusing the Spaniard of using racist language against him, which the defender has denied.