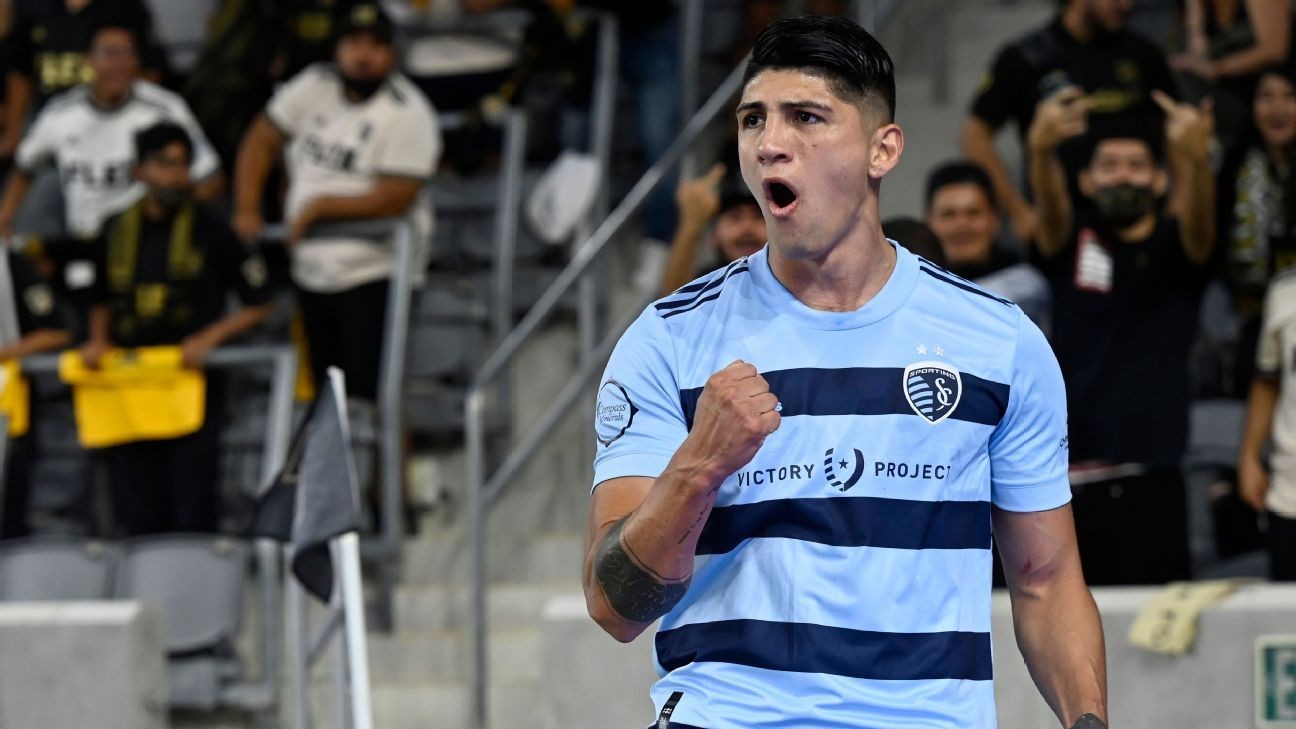 Sporting scored three goals in the first half as LAFC surrendered more than two goals for the first time all season.

Luis Martins added a goal in the 28th minute to give SKC a 2-0 lead. Graham Zusi then found Daniel Salloi near the 6-yard box for a point-blank volley that gave Sporting a 3-0 lead in the 36th minute. Salloi has 10 goals this season, tied for second in MLS.

After LAFC missed several opportunities deep in SKC territory early in the second half, Zusi served a ball to Gadi Kinda, who headed home his fourth goal of the season from the center of the box in the 58th minute.

Daniel Musovski's goal in the 82nd minute allowed LAFC to avoid the shutout.

Sporting improved to 4-1-0 on the West Coast this season and took over the top spot in the Western Conference. Kansas City is tied with Seattle but owns the tiebreaker (more wins) with a game in hand vs. the Sounders.

Pulido was the beneficiary of a good play by Khiry Shelton, who battled two LAFC defenders and keeper Tomas Romero for a loose ball just outside the box. Shelton and Romero fell to the ground, and the ball bounced to Pulido's feet. Pulido had an easy attempt for his seventh goal of the season in just his 12th appearance.

Pulido had been away due to CONCACAF Gold Cup duties with the Mexican national team, and he missed other matches with injuries.

Martins started the build-up for the second goal with a pass to the left flank to Salloi, who passed it back to Martins for his first career MLS goal in his 38th game.

LAFC held an advantage in possession (55 percent) and shots (21-9), but Kansas City had five shots on goal to just one for the hosts.

Gianluca Busio, who was part of the Gold Cup-winning U.S. team, was not in the SKC lineup as rumors swirled about his departure to Italian club Venezia.