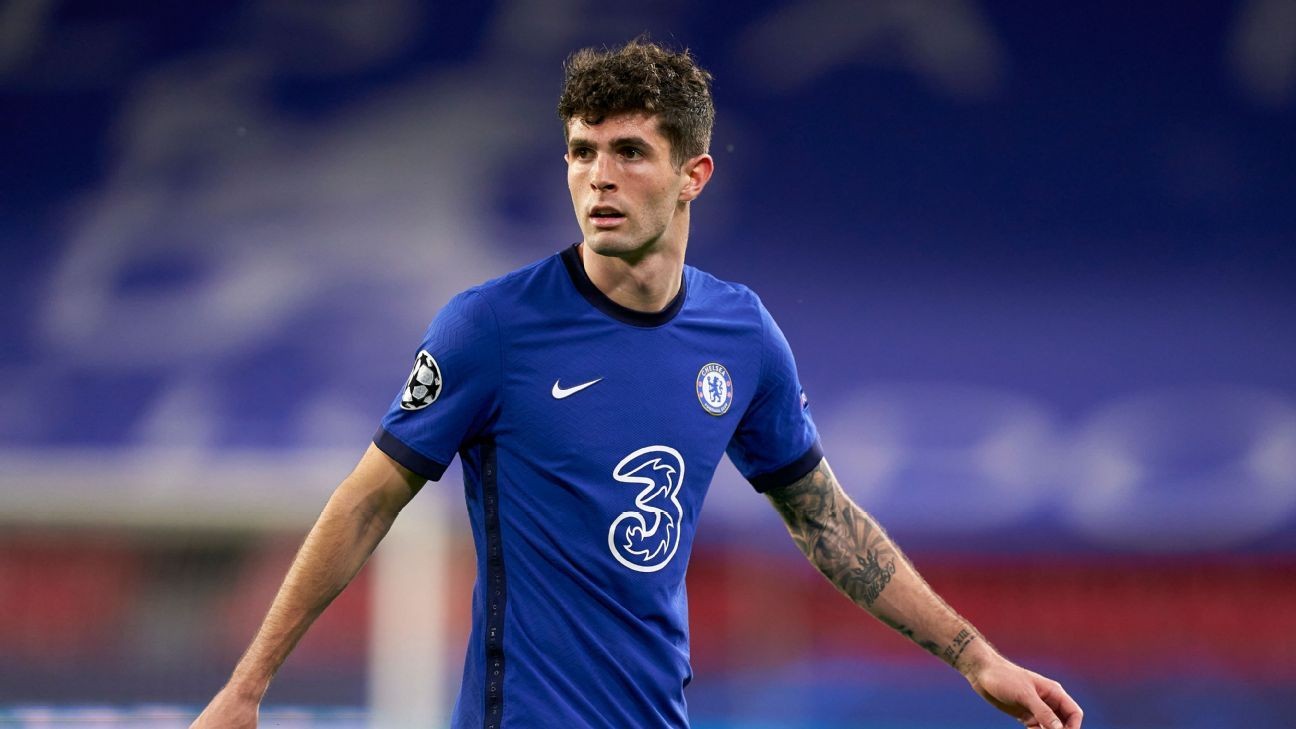 Chelsea survived a stunning late goal to take their place in the Champions League semifinals, Tuesday's 1-0 defeat against FC Porto in Sevilla in the second leg not enough to overturn their 2-0 win from last week at the same venue.

Mehdi Teremi made Chelsea hearts flutter when he scored with an incredible overhead kick in injury time, but it was too little, too late for Porto who were disappointing on the night.

In truth, Thomas Tuchel's side were rarely troubled. Porto started the game on the front foot and they pressed Chelsea high up the pitch. Yet for all their possession the visitors created very little in front of goal.

Chelsea failed to fire at the opposite end and the game overall was scrappy and disjointed, all of which enabled the Blues to coast their way to the finish line.

In the end, it was a straightforward evening for the Blues, but a bigger test will inevitably follow in the last four.

Pulisic on injuries: Not been an easy seasonTuchel: Pulisic will be 'huge weapon' for ChelseaHavertz, Pulisic show they can be solutions to Chelsea's biggest attacking questions

Chelsea would have expected to face some pressure but Porto offered little in the way of chances, which is testament to how the Blues managed the game. In fact, Chelsea had the better opportunities to score and ultimately, it was a relatively nerve-free evening for the Blues. At the other end, the Blues were extremely resolute defending corners and free kicks.

Chelsea will need to find new gears whoever they face in the semifinals. Their play was disjointed, the passing sometimes wayward and the creativity in the final third a bit cumbersome.

8 -- This wasn't a classic by any means but Thomas Tuchel will be delighted with the way his side handled the game. They managed the scoreline well and reduced Porto to few chances. It was scrappy, but a case of job done, and now Chelsea are surprisingly into the semifinals.

GK Edouard Mendy, 5 -- Mendy had little to do save from a goal-bound header from Taremi, whose effort lacked enough power to find the corner. Earlier, Mendy was almost caught out when a poor clearance found Jesus Corona, but the Mexican's strike was blocked by Jorginho.

DF Cesar Azpilicueta, 6 -- In a scrappy game, the skipper lead by example. He was often in the right place at the right time when doing his defensive duties, and he popped up with an incisive pass at the other end.

DF Thiago Silva, 6 -- Silva was a calming presence at the back and his experience towards the end was vital, the Brazilian often going down to take the sting out of the game.

DF Antonio Rudiger, 7 -- Such a disjointed game suited Rudiger and he was clearly ready for a battle. He let very little past him and was very quick to react if Ben Chilwell needed cover. His distribution wasn't great, but with Chelsea having to defend so many corners and free kicks, his presence was important.

DF Reece James, 5 -- This was a frustrating night for James who wasn't afforded the usual amount of space to get forward. Instead, he was pegged back and constantly put under pressure, which meant that his passing was sometimes harried.

Christian Pulisic was Chelsea's best player for the second consecutive game, as the American continues to earn back his spot under Thomas Tuchel. Photo by Jose Manuel Alvarez/Quality Sport Images/Getty Images

DF Ben Chilwell, 6 -- The England international made a key block at the back post to block Marko Grujic's header from a Porto corner before the break. It was a mixed performance otherwise. He got better as the game went on and while his link-up play was good, his decision-making in defence was questionable.

MF Jorginho, 7 --The Italy international made a key block to deny Corona when Mendy miscleared and he was a key in keeping Chelsea so compact. Arguably one of Chelsea's best performers on the night.

MF N'Golo Kante, 6 -- Kante broke up an attack early on and was his usual swashbuckling self. There was little quality when running with the ball at his feet, but he was there to prevent Porto from getting back into the tie, and to that end, he was extremely effective.

MF Mason Mount, 6 -- Mount had Chelsea's first effort of the game, but his shot was deflected wide. That summed up his evening really; a frustrating night in which he was good on the break but it didn't really click for him in the final third.

MF Christian Pulisic, 8 -- The in-form American was bright throughout and his energy was infectious, if not a little too much for Porto's defenders. He had several opportunities to kill the tie, the best of which was a volleying opportunity, but he couldn't make proper contact.

FW Kai Havertz, 6 -- The German was released on the right early on and probably should have had a shot as he was one on one.

MF Hakim Ziyech, N/R -- A strange substitution given Chelsea were defending at the time, but he almost nabbed an assist.

FW Olivier Giroud, N/R -- The Frenchman was a late addition, and didn't have any time to get involved.