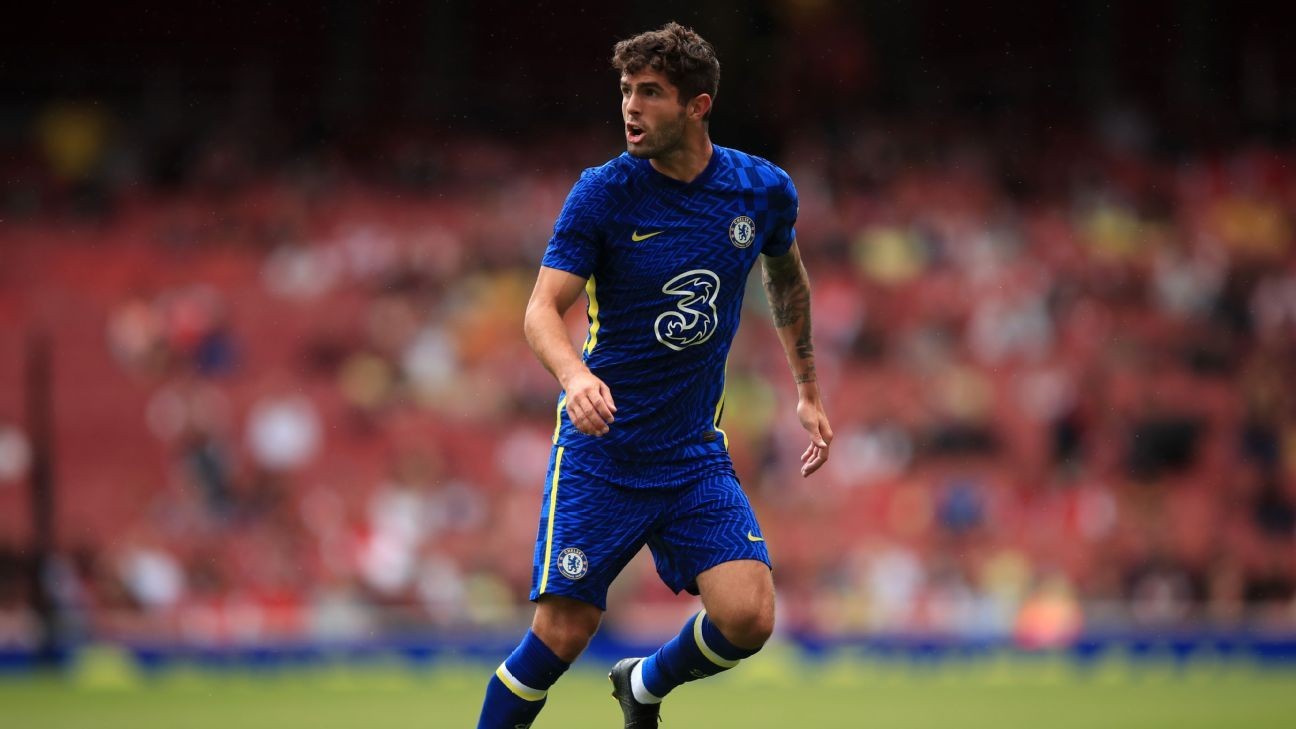 Christian Pulisic played in a deeper role on the right against Arsenal. Marc Atkins/Getty Images

Chelsea manager Thomas Tuchel has hinted Christian Pulisic is open to featuring more regularly as a right wing-back this season following his change of role in the preseason friendly win over Arsenal.

Pulisic started the match at the Emirates Stadium, which Chelsea won 2-1, in a deeper role on the right wing before being replaced by Ross Barkley on 64 minutes.

Asked whether Pulisic's change of role was a one-off or could become a more permanent switch, Tuchel told CBS Sports: "Maybe, maybe. He played with me in Dortmund and he played it many times

"With Callum [Hudson-Odoi], Marcos [Alonso] was not able to play so we put Cally on the left side. It was something I wanted to see for a long time, if Callum can maybe be more dangerous from this position with some attributes inside, which he loves and did today."

Tuchel added: "In a normal situation we have Azpi [Cesar Azpilicueta] and Reece [James] for this position [right wing-back]. They are not here.

"Azpi started two days ago. Reece has not even started yet. We need to have solutions because we start on the 11th in the game against Villarreal and 14th is the season. We cannot not try things. Now is the time to see. It was the possibility to give him some minutes."

Chelsea, who last season won the Champions League for only the second time in their history, welcome Tottenham Hotspur to Stamford Bridge for their next friendly on Wednesday.

Tuchel's side then face Villarreal in the UEFA Super Cup on Aug. 11 before they start their Premier League campaign with the visit of Crystal Palace three days later.