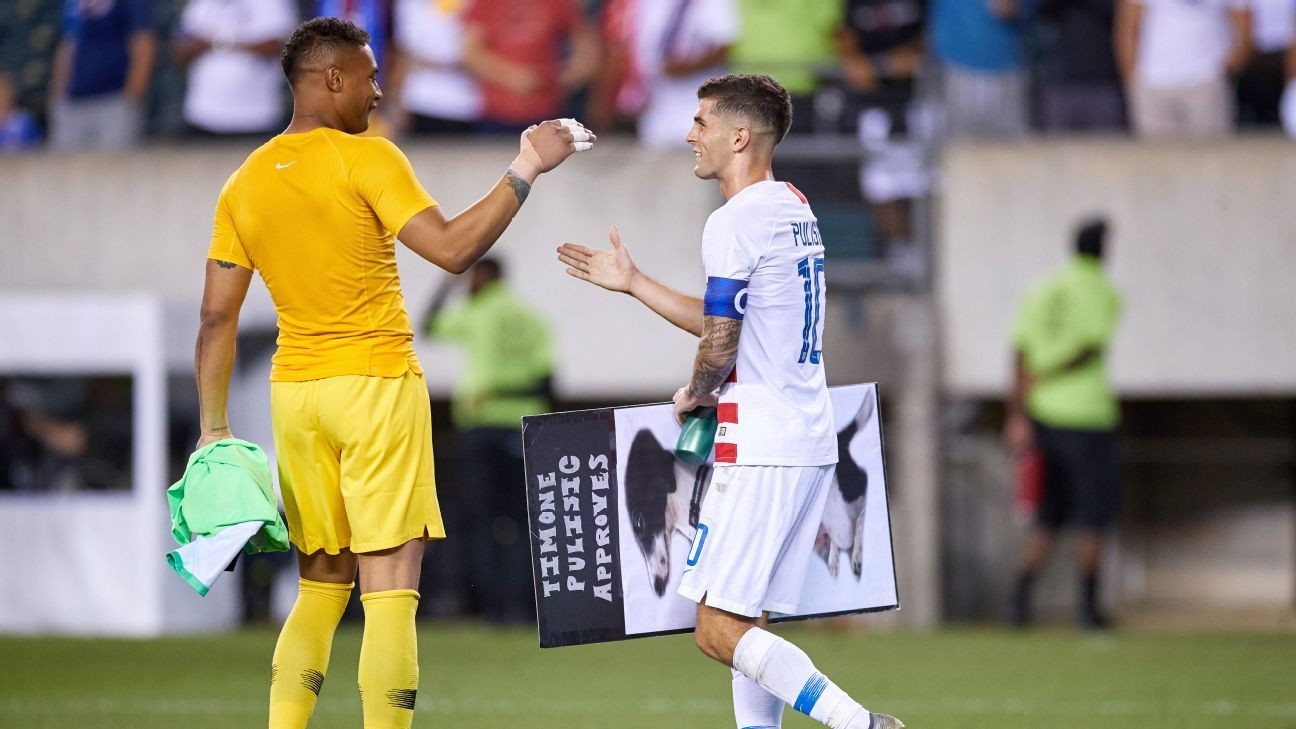 The British government is keeping Panama on its red list, which means the United States men's national team may have to play without star Christian Pulisic and several other U.K.-based players for its World Cup qualifier at the Central American nation on Oct. 10.

The U.S. plays at Panama between home matches against Jamaica on Oct. 7 at Austin, Texas, and vs. Costa Rica on Oct. 13 at Columbus, Ohio. Britain requires anyone visiting a nation on its red list to quarantine upon arrival in England for 10 days.

An Oct. 10 match in Panama followed by the game in Columbus would rule out Pulisic from playing for Chelsea in its Premier League match at Brentford on Oct. 16 and a home Champions League game against Malmo FF on Oct. 20.

U.S. coach Gregg Berhalter could be forced to leave Pulisic and other British-based players in the U.S. for training between the two qualifiers, which may cause Berhalter to bring a larger group to camp.

Pulisic was among five England-based players on the U.S. roster for the opening three qualifiers in September: a 0-0 draw at El Salvador, a 1-1 home draw against Canada and a 4-1 win at Honduras.

Pulisic injured an ankle during the second half at Honduras on Sept. 8. He missed Chelsea's 3-0 win at Aston Villa last weekend and a 1-0 Champions League victory over Zenit St. Petersburg on Tuesday. He will not dress for Sunday's match at Tottenham Hotspur.

"Christian Pulisic is in individual training and trying to come back as fast as possible to team training," Chelsea manager Thomas Tuchel said Friday.

The British government said Friday that it will shift on Oct. 4 from a three-tier system of green, amber and red nations -- low, medium and high risk -- to a two-tier system of red and open. While eight countries are being removed from the red list as of next Wednesday, Panama was not among those being changed.

A qualifier between Brazil and Argentina in Sao Paulo was suspended in the seventh minute on Sept. 5 when local health officials walked onto the field and attempted to remove three players whom they said didn't comply with coronavirus restrictions.